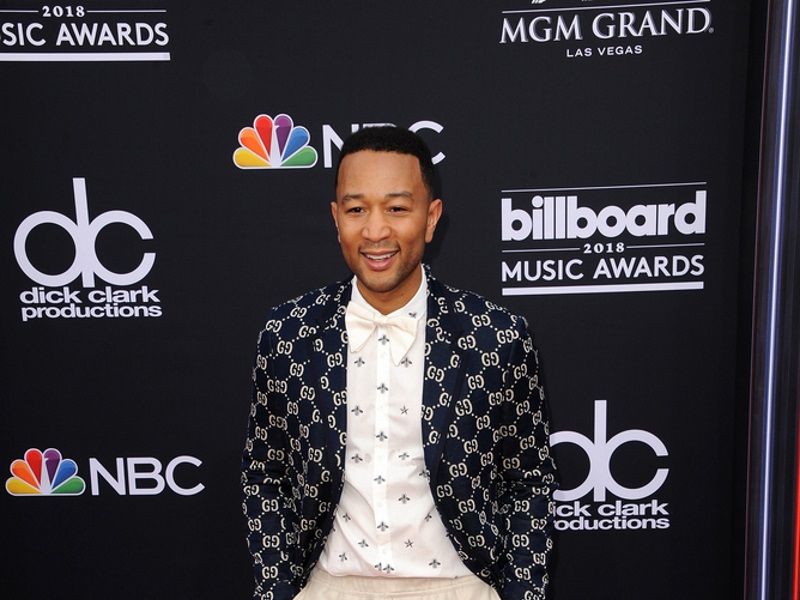 John Legend has been named People’s Sexiest Man Alive for 2019.

The news was revealed during the latest episode of The Voice when Blake Shelton, the 2017 Sexiest Man Alive, passed on the torch to his fellow coach. Legend thanked Shelton on the television show.

“I sat next to him for the last few months and I learned his sexy ways,” Legend said. “I observed every move he made, every utterance that came from his mouth and I think some of it rubbed off on me.”

John told People about his reaction to earning the special title. “I was excited, but I was a little scared at the same time because it’s a lot of pressure,” he said. “Everyone’s going to be picking me apart to see if I’m sexy enough to hold this title. I’m also following Idris Elba, which is not fair and is not nice to me!”

Elba tweeted his congratulations to Legend, but admonished him not to tell Dwayne “The Rock” Johnson that he had won, saying the star “still thinks he’s got the title.”

One person who was particularly thrilled about the news is Legend’s wife, Chrissy Teigen. She took to Twitter and, with her characteristic humor, congratulated her husband. “my secret is out. I have fulfilled my dream of having boned @people’s sexiest man alive!! an honor!!!!!”

Legend became the first black male to become an EGOT (winner of an Emmy award, a Grammy, an Oscar and a Tony) in 2018.