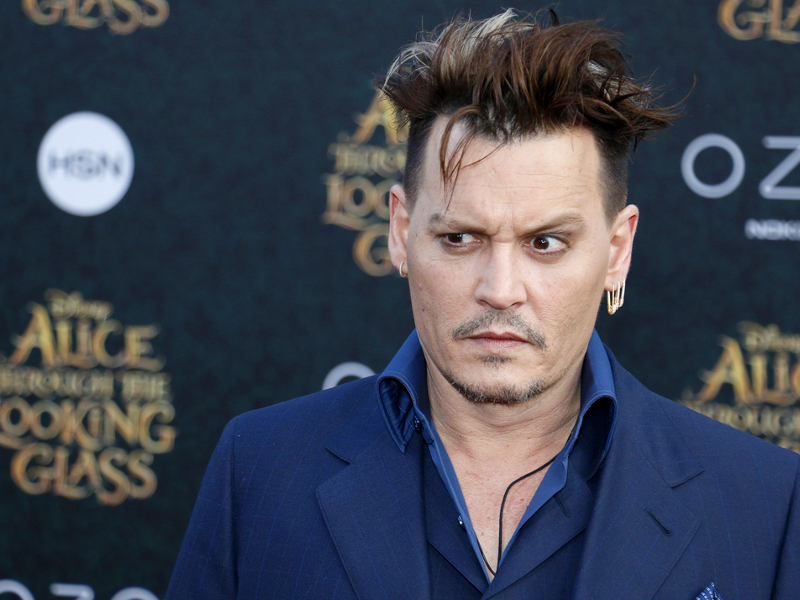 Johnny Depp texted his friend Paul Bettany that that he would “burn” and “drown” his now ex-wife Amber Heard then “f**k her burnt corpse” during their relationship, London’s High Court learned Wednesday.

Depp was in court when the texts were read during a preliminary hearing in his libel suit against The Sun, which alleged that he was abusive toward Heard, now 33.

The 56-year-old reportedly sent the messages in 2013. In 2014, Depp texted Bettany: “I’m gonna properly stop the booze thing, darling… Drank all night before I picked Amber up to fly to LA, this past Sunday…Ugly, mate.

“No food for days…powders…half a bottle of whiskey, a thousand red bull and vodkas, pills, 2 bottles of Champers on plane and what do you get..???

“An angry, aggro Injun in a f–kin’ blackout, screaming obscenities and insulting any f–k who got near…I’m done.

“I am admittedly too f–ked in the head to spray my rage at the one I love…For little reason, as well I’m too old to be that guy But, pills are fine!!!”

The Sun’s lawyer Adam Wolanski QC told the court that the text appears to refer to an incident on a flight in which he is accused of slapping Heard in the face, kicking her and throwing a boot at her before “passing out” in the plane toilet.

Depp’s lawyer Adam Waldman said, “What does the Sun do to keep Amber Heard’s hoax alive? Wednesday in court we learned the answer — cherry-picking a fragment of a single frustrated text message to a friend sent out of 500 gigabytes of text and email messages provided.

Depp and Heard divorced in 2017. The full hearing is set for March 23rd. He is also suing Heard for libel in the U.S.