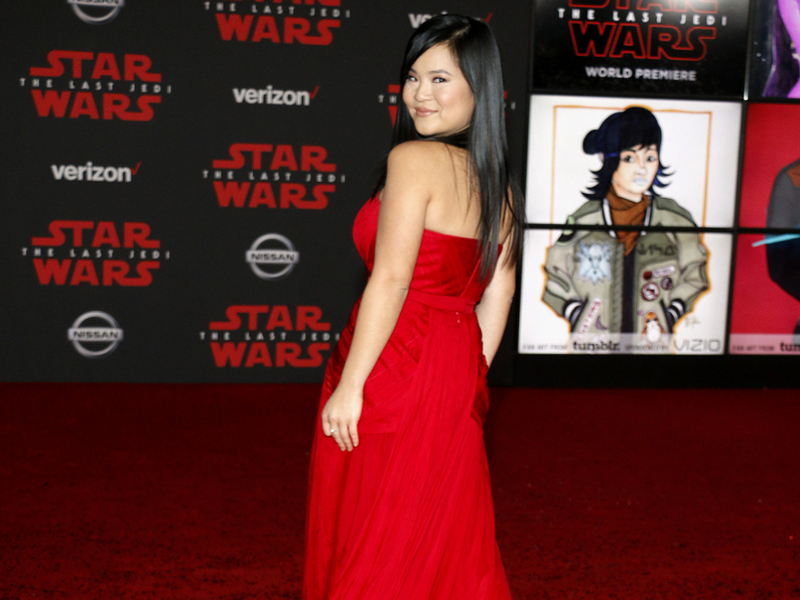 PRPhotos.com
Posted on March 4, 2021 by Pulse of Radio

Kelly Marie Tran was the subject of sexist and racist backlash online when she was cast in Star Wars, but now, she has emerged strong and confident. “I feel like a totally different human,” she tells The Hollywood Reporter.

Tran plays the titular warrior princess in Raya and the Last Dragon, says of the harassment and her decision to leave social media behind: “If someone doesn't understand me or my experience, it shouldn't be my place to have to internalize their misogyny or racism or all of the above. Maybe they just don't have the imagination to understand that there are different types of people living in the world.”

“I left. I said no to a lot of things,” she says. “It felt like I was just hearing the voice of my agents and my publicity team and all of these people telling me what to say and what to do and how to feel. And I realized, I didn't know how I felt anymore. And I didn't remember why I was in this in the first place.

“Any time that happens, I have to close up shop and go away for a while and really interact in the real world — read books and journal and go on hikes and look at a tree and remind myself that there was a fire that burned inside of me before Star Wars, before any of this. And I needed to find that again.”

She found it in Raya. She says of being able to play someone of Asian descent: “I've never had this experience before where I've looked at sides and read words that were taken from the Vietnamese language.”

“I understand why there's that sort of label on the things I've done. As a kid, I saw people working in this industry and thought they were somehow elevated human beings, and that if I ever got to that place, I would never feel any insecurity or doubt, and that's just not true,” she says. “So I acknowledge and validate the label of these things being historic, and I'm so grateful to be part of them, but for my own sanity I have to not think about that too much.”

Tran also speaks with IndieWire, discussing her decision to take on the iconic Disney Princess role.

She says: “My first response was just absolute fear. I was like, ‘no, what?’ I grew up watching Disney movies and loving these movies, and I grew up loving these sort of magical worlds that these characters inhabited. And I always wanted that.”

Tran adds: “The value of it is that it’s really cool to be part of something that is changing the way that we see these types of stories and certain types of people. It means a lot to me that I get to have the privilege of telling stories. I never set out in the world to be the first anything, I just was trying to survive. I was struggling to be a working actor at all. And then all of these things that felt like magical miracles happened, and they keep happening.”