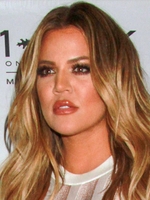 The cameras never stop on Keeping Up With the Kardashians. That reality showed up in stark relief in a new trailer for season 16 of E!’s hit show, as Khloe Kardashian breaks down in tears following the Tristan Thompson and Jordyn Woods cheating scandal.

“It just sucks it has to be so public. I’m not just a TV show, this is my life,” Kardashian, 34, says in the trailer released on Wednesday, March 27. “Sometimes the world forgets to be kind, and that we’re all going through something.”

She adds: “Tristan might love me, whatever that means, but he has no respect for me whatsoever.”

Kylie Jenner, Khloe’s sister and Jordyn’s best friend, reportedly took a break from the show after the scandal broke.

Meanwhile, after Khloe got dragged on social media for telling a fan she thought it was “cute” that she had to work overtime to afford her line of Good American jeans, Khloe sent her a gift box brimming with the brand’s gear, and worth an estimated $600.

Did Kate Middleton and Meghan Markle Split Over Tights? Plus Kate’s Compromise
Celebrities React To The Murder Of #GeorgeFloyd
Rihanna Reflects On 15-Year Anniversary Of Debut Single
Khloe Kardashian Shocks Fans With Her New Look
Mary-Kate Olsen and Olivier Sarkozy Clashed Over Kids?
Bachelor Nation Divided Over Hannah Brown’s Use of N-Word