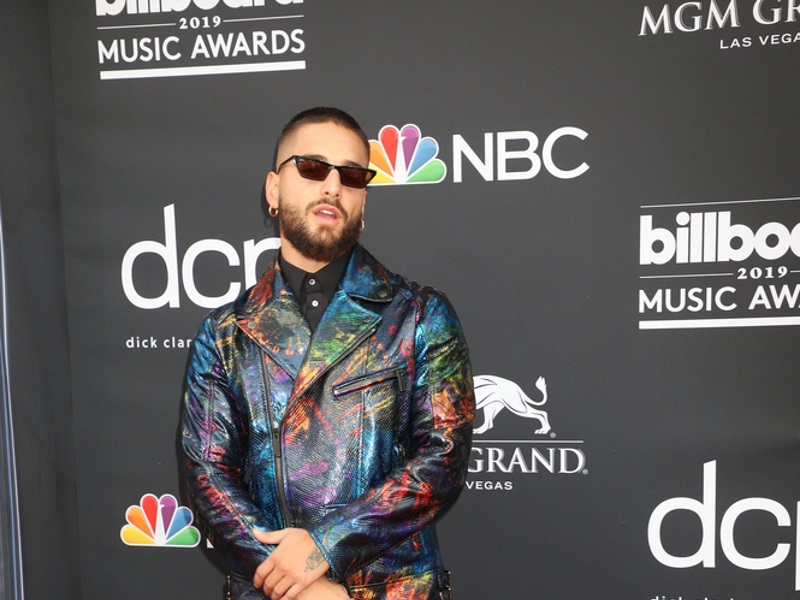 Not a thing! Kim Kardashian and Maluma may have been spotted at the same opening at the Goodtime Hotel in Miami on Friday, but there’s nothing more than a friendship there, even though yes, they are both single.

An insider told Page Six the pair were “happy to see each other,” but their interaction was just “friendly.”

A separate source added, “They are just friends and have lots of mutual friends in common. It’s nothing romantic.”

“maluma and kim kardashian were out together yesterday and let me just say… I kinda ship them,” a fan captioned photos of the pair from the Miami event, which snagged more than 700 likes on Twitter.

Another person agreed, tweeting, “i’m very into the idea of kim kardashian and maluma as a couple.”

She is being heavily courted by A-listers, having been dubbed the “most eligible billionaire bachelorette” following her split from Kanye West.

“People are reaching out through mutual friends and people that she’s worked with to set her up with everyone from royal family members to A-list actors to athletes to billionaire CEOs,” a source told Page Six, adding, “People are also trying to reach out to her via DM.”

She is not, per reports, looking to dive back into the game quite yet.