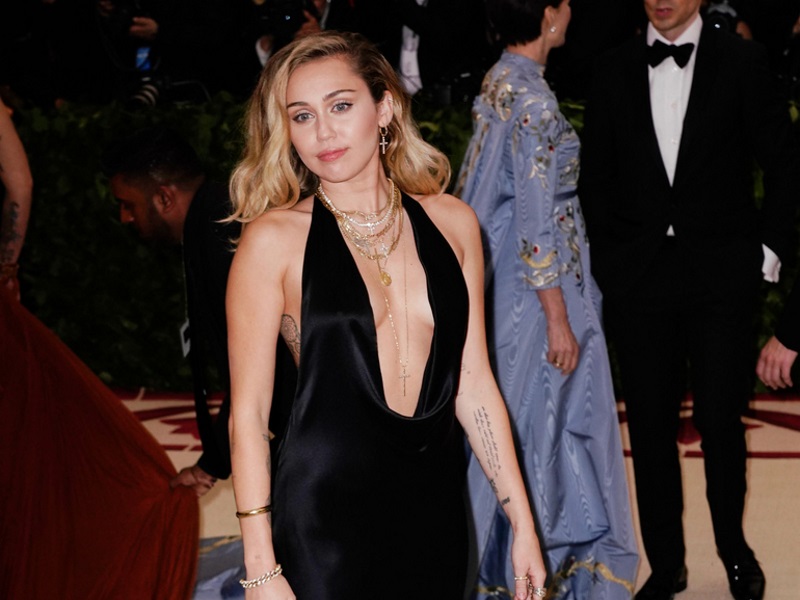 Hunger Games star Liam Hemsworth is opening up about how he bounced back following his very public, very controversial split from Miley Cyrus. As many will recall, Cyrus and Hemsworth announced they were breaking up in the summer of 2018, after a decade together and a year of marriage. She quickly moved on, first with Kaitlynn Carter, then with Cody Simpson, posting PDAs on social media every step of the way.

Hemsworth, meanwhile, dropped off the radar for some time. He tells Men’s Health Australia that he’s in the best shape of his life, thanks in part to a role in the new Quibi thriller Most Dangerous Game, but also because he used it as a form of therapy to recover from his relationship.

He said: “This last six months, honestly, for keeping my head level and just staying balanced, I’d say exercise has been big for me.”

Hemsworth has moved on with model Gabriella Brooks, and appears to be in a better place mentally. He’s also started eating meet again after feeling drained: “February last year I was feeling really low and lethargic and wasn’t feeling good generally. And then I got a kidney stone.” He stopped drinking for six months and began eating meat.

He says: “I want to have optimal health at all times. I want my mental health to be strong and I want my body to feel good.”

Hemsworth hired Rise Movement’s Jason Walsh to help him train. Walsh tells the pub that he thinks the actor’s newfound mental attitude has helped his physical training: “I can’t believe how well his body responds when he’s not going through stuff. I haven’t seen him this happy for a long time. We took advantage of that.”

Did Kate Middleton and Meghan Markle Split Over Tights? Plus Kate’s Compromise
‘Central Park Karen’ Loses Her Job And Her Dog After Calling The Cops On A Black Man
Lili Reinhart and Cole Sprouse Have Split: Report
Chris Pratt Accidentally Deletes 51,000 Emails After Son Drags His Clogged Inbox
The Real Reason Olivier Sarkozy and Mary-Kate Olsen Split?
Cara Delevingne Breaks Her Silence After Split From Ashley Benson Amid Romance Rumors