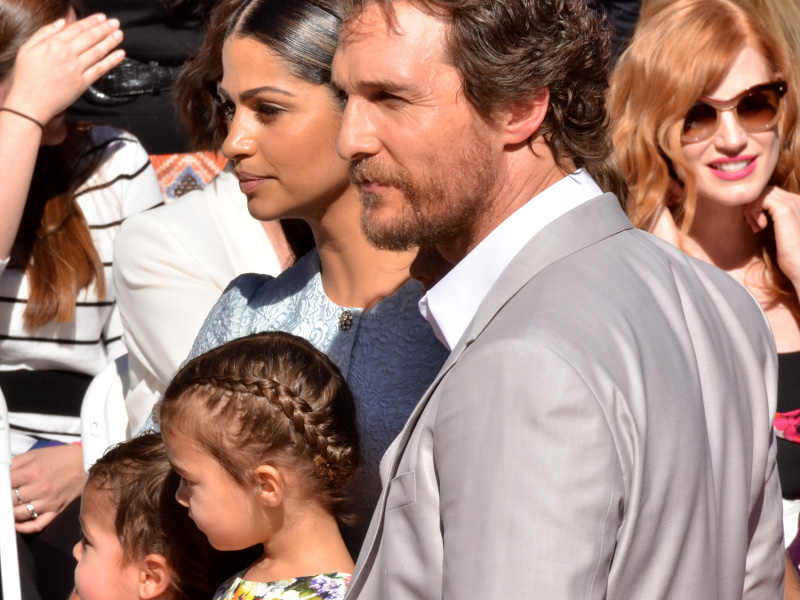 The Hollywood Reporter has named Matthew McConaughey Philanthropist of the Year. The Oscar-winning actor and his wife, Camila Alves McConaughey, are being recognized for the work of their just keep livin Foundation, which they started in 2008. The foundation focuses on “fitness, mental health, teamwork, and community service” at Title I schools.

With an impressive success rate, nearly 100 percent of the program’s participants have graduated from schools with dropout rates as high as 50 percent.

A spotlight is also being shone on McConaughey’s other philanthropic efforts, including raising $7.7 million with his virtual We’re Texas concert in March, held for victims of winter storm Uri.

On the possibility of running for Governor of Texas, McConaughey told The Hollywood Reporter, “It’s a new embassy of leadership that I have really been doing my diligence to study, to look into, to question what it is, what would it be for me.”

Alec Baldwin Insists He Didn’t Pull The Trigger During Fatal ‘Rust’ Shooting
Adrienne Bailon and Israel Haughton Announces Birth Of Baby Boy
Kehlani Ends Concert Early After Fans Seemingly Pass Out In The Crowd
Abbi Jacobson Says ‘A League Of Their Own’ Reboot Helped 95-Year-Old Former Baseball Player Come Out
FBI Report Shows Gun In Fatal ‘Rust’ Shooting ‘Could Not Be Made To Fire Without A Pull Of The Trigger’
‘Bullet Train’ Holds No. 1 Spot At The Box Office During Summer Slowdown