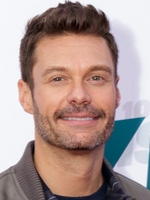 The auditions are starting to wrap up on ABC’s American Idol. On last night’s episode, judges Katy Perry, Luke Bryan and Lionel Richie handed out more golden tickets to Hollywood ahead of tonight’s final auditions.

Jessica Whitley started by singing an original song titled “Idol.” Jessica gave a bad audition seven years ago, and she gave another not so good one this time around as well. All three judges said no. Here’s how some of the other auditions played out:

Jacob Moran sang an original version of “Into You” by Ariana Grande. The judges were struck by his raw, unpolished yet promising voice. Perry suggested that he’ll have to work at it. They all said yes.

Alyssa Raghu, who previously made it to the top 24, returned to the show to audition again. She sang “Shark in the Water” by VV Brown. She came back to prove herself to the judges, and did just that. They were impressed by the improvements and confidence she displayed. She was unanimously sent to Hollywood for another chance.

Colby Swift played guitar and sang “I Cast No Stones.” He gave an emotional country performance and showcased interesting tone. Perry thought he needed work, but Lionel was won by his charm. In the end, they all said yes.

Evelyn Cormier sang Chris Isaak’s “Wicked Game,” showcased artistry and a strong lower register, putting her own twists on the song in a way that stood out without doing too much. Perry said it was one of her favorites of the competition, and Cormier soared to Hollywood.

Ashley Hess also got three yeses for her performance of “Don’t Know Why” by Norah Jones, which had impressive ad libs and tone. She sang from the piano and brought a lot of charisma to the audition.

In a backstory that has been teased a lot this season, it was revealed that contestant Elizabeth Gaba was reunited with her biological mother, an anonymous egg donor. They both came to Idol, and Gaba sang “All I Ask” by Adele first, showcasing a really powerful voice. Perry demanded a duet with the egg donor, so they both sang “Bright Lights and Cityscapes.” Gaba moved forward to Hollywood.

Peach Martine sang “Zombie” by The Cranberries. Martine also did an original song, which allowed her to show more of herself. Perry said she hopes Martine will loosen up, as she seemed hesitant. But Perry ultimately said yes alongside Richie and Bryan.

Dalton Elliott sang “Boy” by Lee Brice. He gave a raw, moving performance, and Richie praised his ability to tell a story. Perry gave him some advice on not straining too much on the high notes. But overall, they were sold, and Elliott advanced to Hollywood.

Katie Belle sang “Golden Slumbers.” Richie said her voice needs to be developed more. “You have to work on your voice,” Perry also said, but she got a golden ticket.

Lauren Engle closed out the night by singing an original song called “Compass” that she wrote for her husband, who died in a car accident they were in together. The lyrics were strong, and Engle seemed to be a solid singer-songwriter for the competition. Bryan thought she had a great country voice. She got three yeses.