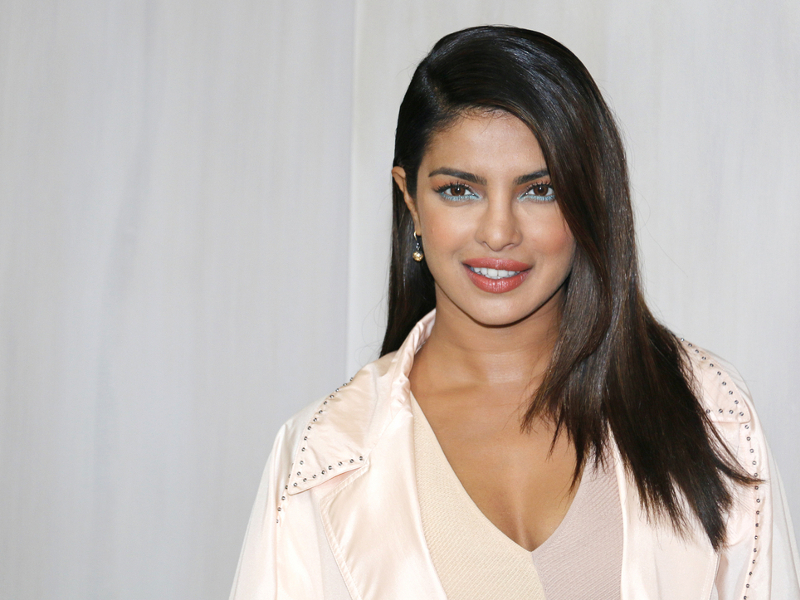 A former fan confronted Priyanka Chopra at a beauty event in L.A. over the star’s stance on the India-Pakistan conflict. Chopra was taking questions Saturday at BeautyCon, and Ayesha Malik took to the mic, calling her a a hypocrite for “encouraging nuclear war against Pakistan” while serving as a UNICEF Goodwill Ambassador.

She added: “You tweeted on February 26, 'Jai Hind #IndianArmedForces.'”

Jai Hand translates to Hail India, and is often used in political speeches by Indian leaders.

Malik continued: “You are a UNICEF ambassador for peace and you're encouraging nuclear war against Pakistan. There's no winner in this. As a Pakistani, millions of people like me have supported you in your business of Bollywood and you wanted nuclear war.”

The mic was then taken away from her. Chopra defended herself, saying that “war is not something I am really fond of but I am patriotic.”

She continued: “So, I have many, many friends from Pakistan and I am from India, and war is not something that I am really fond of but I am patriotic. So, I'm sorry if I hurt sentiments to people who do love me and have loved me, but I think that all of us have a sort of middle ground that we all have to walk, just like you probably do as well.”

She added: “The way you came at me right now? Girl, don't yell. We're all here for love. Don't yell. Don't embarrass yourself. But we all walk that middle ground, but thank you for your enthusiasm and your question and your voice.”

“Hi, I'm the girl that 'yelled' at Priyanka Chopra,” she wrote. “It was hard listening to her say, 'we should be neighbors and love each other' — swing that advice over to your PM. Both India and Pakistan were in danger. And instead she tweeted out in favor for nuclear war.”

New Lawsuit Charges Harvey Weinstein With Rape of 17-Year-Old
Kim Kardashian Reacts To The Death Of George Floyd
Beyonce And Rihanna Speak Out About The Death Of George Floyd
Denzel Washington Serves As A Barrier During An Alleged Arrest Of A Homeless Man
Did Kate Middleton and Meghan Markle Split Over Tights? Plus Kate’s Compromise
Celebrities React To The Murder Of #GeorgeFloyd