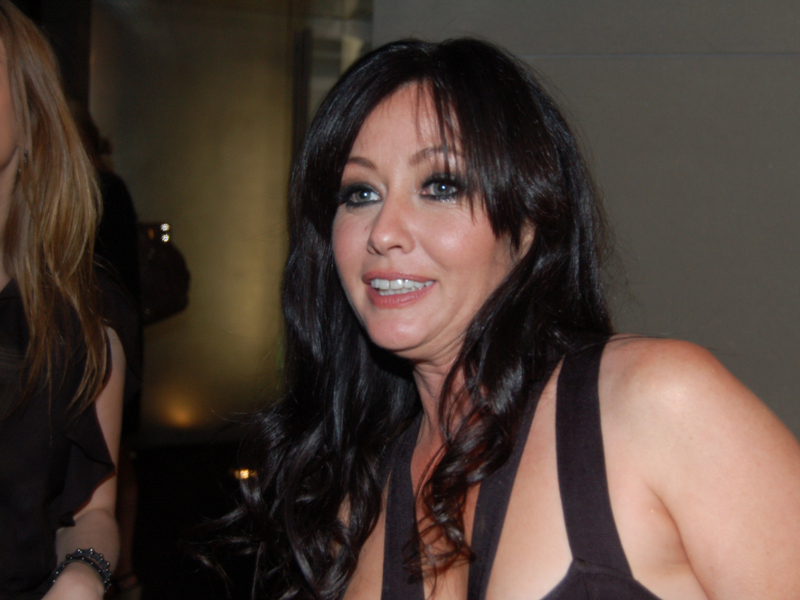 Shannen Doherty told reporters during a virtual panel for the Lifetime movie List of a Lifetime that cancer is just “part of life at this point.”

According to People, the 50-year-old actress said, "I feel like I have a responsibility in my more public life, which I separate from my acting life … to talk about cancer and perhaps educate people more and let people know that people with stage 4 are very much alive and very active."

Doherty, who has been married to photographer Kurt Iswarienko since 2011 added, "My husband says that you would never know that I have cancer. I never really complain. I don't really talk about it. It's part of life at this point."

Doherty was first diagnosed with breast cancer in 2015 and entered remission two years later. In 2020, she revealed that her cancer had returned as stage 4.

Alec Baldwin Speaks Out After Deadly Incident, Rumbles of Dissent Over Gun Safety On-Set
What Is Known About Queen Elizabeth’s Health
Dave Chappelle Is Open To Having A Conversation With Netflix Employees
Day 26 Singer Willie Taylor’s Wife Accused Him Of Leaving Her & Their Children
Jamie Lee Curtis Says Her Job Is To Support Her Transgender Daughter
Netflix Employees Walk Out, Present List Of Asks For CEO