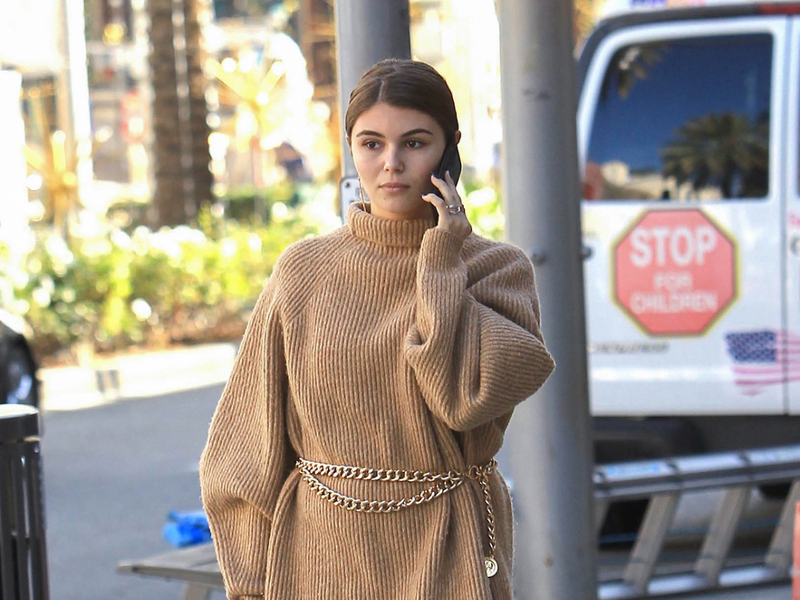 Olivia Jade returned to YouTube Sunday after a nine-month absence. She went offline after her mother Lori Loughlin and father Mossimo Giannulli were accused of bribing officials with $500K in a bid to get Olivia and her sister Bella into University of Southern California. Loughlin and Giannulli have pleaded not guilty and face 40 years behind bars if convicted.

A source tells ET that Olivia missed social media, but felt conflicted about returning because the backlash she received after charges against her parents emerged was so intense.

The source says: “Her life has always been so public and she had a life she was proud of, but the backlash, in the beginning, was more than she could take. Lori encouraged her to step away because it was brutal. Now that she has returned, she has been told that she cannot discuss her mom and dad or the ongoing case. Her parents are both supportive of her going back to YouTube, as long as she sticks to that rule.”

In the video, she addressed her conundrum: “A part of me is like, 'Should I come back to YouTube right now?' Because it's been so long, and I actually really, really miss it. Like, I genuinely, miss filming. I feel like a huge part of me is just not the same, because this is something that I'm really passionate about and something I really like to do, but I also didn't know. I debated for seven or eight months, like, 'Well, if I can't talk about it, is there a point in coming back and not being able to say anything?'”

Fans and critics reacted on social media after Olivia’s return. Wrote one: “i still love you. conflicted still but i feel like you'll have a good explanation for what happened once ur legally allowed to talk about it.” Another wrote: “Liv you deserve to have a life, you’re a great youtuber and we’ve really missed you!”

Not everyone was as enthusiastic. Wrote one critic: “You've become an icon for corruption and elitism. Hopefully the public disdain for you, will lead to more purposeful content on your part.”