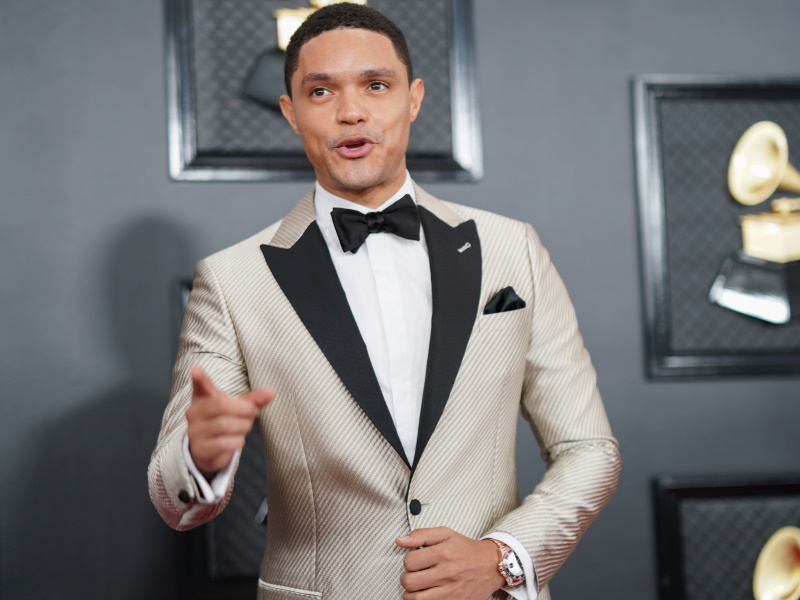 ‘WEDNESDAY’ BECOMES NETFLIX’S THIRD-MOST POPULAR ENGLISH-LANGUAGE SHOW: According to Deadline, the Addams Family spinoff Wednesday is a big hit. The series has just become Netflix’s third-most watched English-language TV series ever, behind Stranger Things 4 and Dahmer – Monster: The Jeffrey Dahmer Story. Squid Game continues to be the streaming platform’s most popular show of all time. Since Wednesday premiered in November, it has reached 752.52M hours viewed.

GUEST HOSTS FOR ‘THE DAILY SHOW’ ARE ANNOUNCED: As The Daily Show prepares for Trevor Noah‘s exit on Thursday (December 8th), Comedy Central announced on Tuesday (December 6th) that a number of guest hosts are set to take his place when the show returns in January 17th. According to The Hollywood Reporter, the list includes Al Franken, Chelsea Handler, D.L. Hughley, Leslie Jones, John Leguizamo, Hasan Minhaj, Kal Penn, Sarah Silverman, Wanda Sykes, and Marlon Wayans. Paramount Media Networks CEO Chris McCarthy said in a statement, “As we enter Trevor’s final week, we want to thank him for his many contributions. Trevor redefined the show, as did Jon Stewart before him, and as we look to the future, we are excited to reimagine it yet again with the help of this incredible list of talent and correspondents along with the immensely talented Daily Show team.”

THERE WILL NOT BE A SEQUEL FOR ‘THE HOLIDAY:’ Despite the rumors floating around that a sequel was in the works for the movie The Holiday, both Kate Winslet and the film’s director, Nancy Meyers, have denied the claims. Meyers wrote on Instagram Tuesday (December 6th), “So many DM’s about this – sorry but it’s not true.” Winslet told Entertainment Tonight, “I know, sadly it's not true.” The Mare of Easttown actress added, “It would be so fun to see Mile and Iris get back together. I kind of imagine, like, how cute would their children be? …Tiny Jack Blacks running around everywhere.”

AVA DUVERNAY BECOMES THE FIRST BLACK WOMAN FEATURED ON A PINT OF BEN & JERRY’S ICE CREAM: Selma director Ava DuVernay has become the first Black woman to appear on a pint of Ben & Jerry’s ice cream. DuVernay shared the news on the Today show Tuesday (December 6th), adding that her favorite part is the name of the flavor. “It's 'Lights! Caramel! Action!'” she said. “I love that.” The ice cream is a “mix of vanilla” with “salted caramel swirls, graham cracker swirls and gobs of chocolate chip cookie dough.”