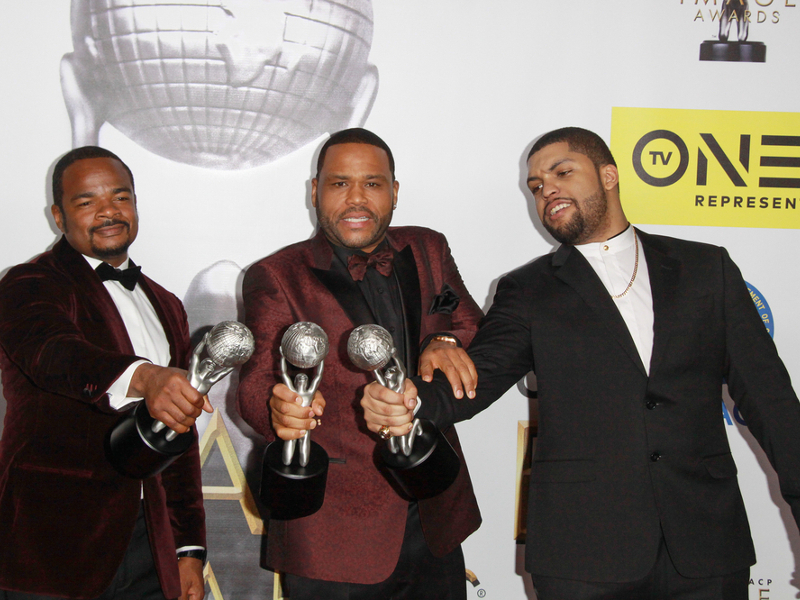 On The Ellen DeGeneres Show Monday (April 18th), Black-ish star Anthony Anderson shared a hilarious story about the time a stranger offered him a ride home from Best Buy.

“I was walking down the street one day and I realized I need to go into Best Buy and buy these televisions for my new apartment, because March Madness is gonna start and I wanted to watch the game that night,” Anderson said.

“So I go in there, buy some televisions, and they tell me they can't deliver 'em till Wednesday. I was like, 'But it's Saturday and I need to watch these games tonight.' And the gentleman ahead of me was like, 'Hey, man, I'll take you home.'”

What Anderson didn’t know was that the man’s “lady friend” was in the car waiting for him and that his truck was filled with work equipment. Anderson also ended up buying three televisions.

Anderson continued, “He was gonna leave his lady friend on the side of the road and come back for her. I was like, 'Hey, man, no, you can't do that.' He was like, 'Oh, okay, yeah yeah. Well, you know, she's bigger than me, so let me sit on her lap.' And so he sat on her lap on the passenger side and I drove.”