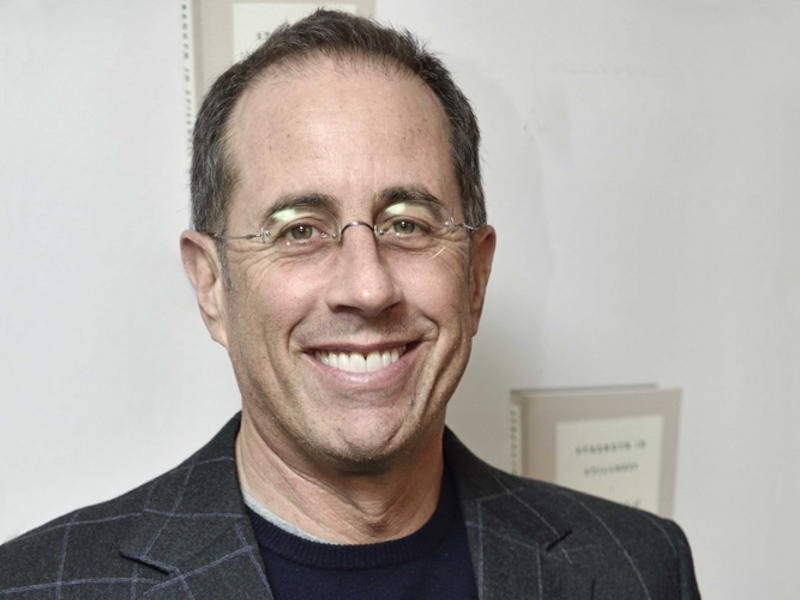 AMANDA KLOOTS IS HOPEFUL: Broadway star Nick Cordero‘s leg was amputated due to coronavirus complications, and he is in a medically induced coma, but his wife Amanda Kloots is still confident she’ll have her husband back. She told CBS This Morning: “I feel like there is an army of people behind him, behind us and I just believe — I get chills saying it — I just believe that he will wake up.”

KYLIE JENNER LOVES TRAVIS SCOTT: And she always will. Kylie Jenner celebrated her ex Travis Scott on his birthday Thursday. The pair celebrate Stormi, who is 2. “DADA,” Jenner captioned a few cute pics of Stormi and Scott together. “Happy birthday to daddy of the year! I’m slowly but surely starting to accept the fact that storm is a daddy’s girl. but whatever. we went half on greatness! the most beautiful, smart, loving and funny little baby. the best gift. ok i'm crying. love you forever! @travisscott.”

DOES JERRY SEINFELD’S LIFE SUCK? While many would love to trade places with comedian Jerry Seinfeld, the comedian explains that everyone’s lives “suck” in a trailer for his upcoming Netflix special, Jerry Seinfeld: 23 Hours to Kill.”My life sucks, too,” he tells viewers. “Perhaps not quite as much.” 23 Hours to Kill will be available to stream May 5.

AMERICANS WANT TO RETURN TO THE MOVIES: Film-goers want to go back to theaters, according to a Hollywood Reporter/Morning Consult poll. More than half of those polled said they’d hit up the movies as long as theaters stagger seating and sanitize high-traffic areas. Americans between the ages of 18-29 — a demo that includes the most frequent moviegoers — appear to be the most inclined to return to the cinema across all categories, according to the poll, THR finds.

LIN-MANUEL MIRANDA DOC IN THE WORKS: Before he launched an international juggernaut through Hamilton, Lin-Manuel Miranda was a member of the hip-hop improve troupe Freestyle Love Supreme, with Thomas Kail and beatboxer Anthony Veneziale. They started on the streets, and enjoyed a short TV series on Pivot. Their journey will be the focus of a new Hulu documentary, We Are Freestyle Love Supreme, set to drop June 5th.