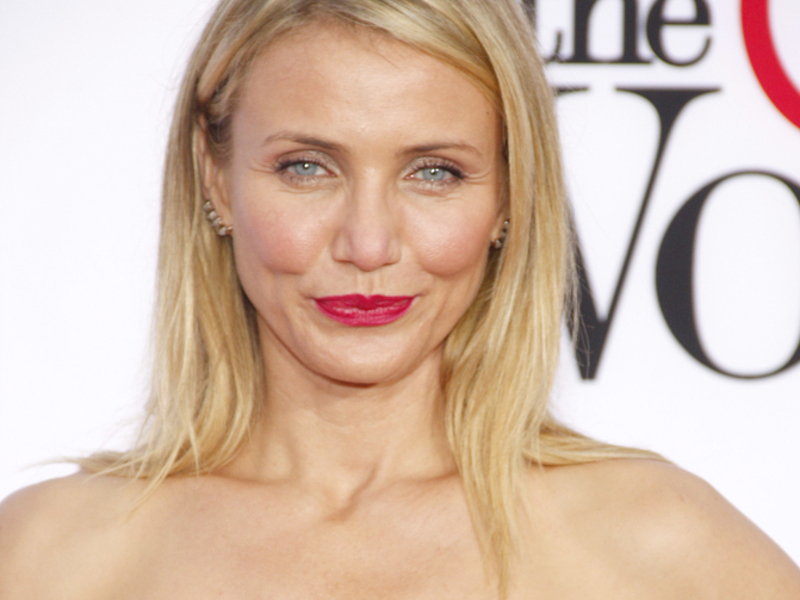 PRPhotos.com
Posted on April 1, 2021 by Pulse of Radio

CHET HANKS SUES GIRLFRIEND: Chet Hanks is filing a lawsuit against his ex-girlfriend Kiana Parker after video footage of an altercation between the pair showed him left bleeding. Chet, the 30-year-old son of Tom Hanks and Rita Wilson, is suing Kiana for theft, assault and battery, People reports. Chet's attorney, Marty Singer, told People in a statement, "The day after Chet Hanks confronted Kiana Parker about stealing money from his credit card, while Ms. Parker was accompanied by a huge male carrying a gun, she viciously attacked Chet with a knife, which caused him to profusely bleed. It is all on video and the undisputed video tells the whole story. Her claims are completely false, fabricated and fictional." This comes as he faces allegations of racism over her merchandise titled “White Boy Summer.”

CAMERON DIAZ PUTS FAMILY OVER HOLLYWOOD: Cameron Diaz is not making a comeback to acting. In December of 2019, she welcomed her first child, Raddix, from Benji Madden. She recalls how a friend of hers shifted: "Her family started to evolve and I saw her go like, 'Oh, wait, I only have 100%,'" says Diaz, whose last big screen appearance was in 2014's Annie remake. "You only have 100%, we don't have two 100%, we have 100%. Right? So you've got to break up that 100%…how much are you going to give to your family? How much are you going to give to your career?" She continued: "It's just a different time in my life now. Now I'm here and this is the most fulfilling thing that I've ever done in my life. [To] have a family and be married and have our little nucleus of a family. It's just completely the best thing. So I can't give…I don't have what it takes to give making a movie what it needs to be made. All of my energy is here."

RYAN REYNOLDS + BLAKE LIVELY GET VACCINATED: Ryan Reynolds and Blake Lively are loving the vaccinated life. The pair shared pics of themselves getting the shot. In Reynolds' photo, he is rocking a pink beanie hat and white T-shirt as a nurse injects a needle into his left shoulder. "Finally got 5G," he joked in the caption. Lively captioned hers: "Find you someone who looks at you like I look at the heroic nurse vaccinating me.”

PARIS JACKSON TALKS LATE DAD: Paris Jackson is opening up about her childhood with Michael Jackson. She was chatting with Naomi Campbell, who worked with her late father on his 1991 music video "In the Closet." She told Campbell on her YouTube show No Filter: "I was conceived in Paris, from what I've been told, which is part of why I was named Paris. Born in L.A., California and was kind of raised everywhere but. We spent a few years up north in like, Solvang, Santa Barbara area. But I was raised kind of everywhere, like the East Coast, the South, U.K., Europe, the Middle East. Like, we grew up everywhere." She added: "It was difficult, a blessing a privilege to be able to experience so much at a young age. And my dad was really good about making sure we were cultured, making sure we were educated, and not just showing us like, the glitz and glam, like hotel-hopping five-star places. But it was also like, we saw everything. We saw third-world countries and we saw like, every part of the spectrum."