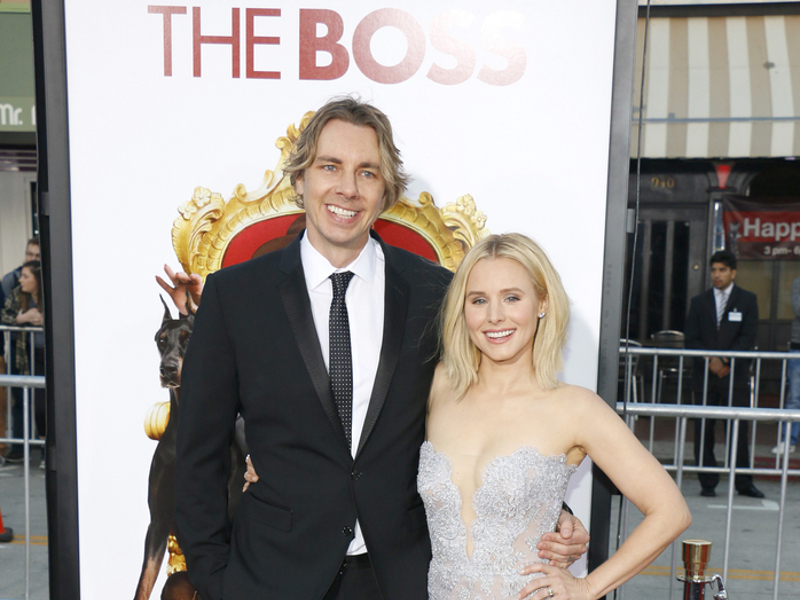 DAX SHEPARD IS GETTING SWOLE: On the latest episode his Armchair Expert podcast, Dax Shepard announced that he is on the quest to get swole.  He told guests Ashton Kutcher and Mila Kunis that he has gained 24 pounds over the past year, leading Kutcher to joke that he looks like “He-Man.” Shepard said, “In quarantine, I said to [my wife Kristen Bell], 'I've been waiting for 10 years for Marvel to call so that I'd have an excuse to get huge. And they're not gonna call. That ship sailed. I'm 46, they're not gonna call. So I just have to do it for my own amusement."

ANNA FARIS MAY BE MARRIED: Has Anna Faris tied the knot with fiancé Michael Barrett?  Radar reports that Barrett was spotted wearing a band on his ring finger while the two were on a date in Santa Monica Tuesday (July 20th) evening.  The two met back in 2017 while working on the comedy Overboard together and have reportedly been engaged for a long time.

MENA SUVARI WAS SEXUALLY ABUSED AS A TEEN: Mena Suvari’s forthcoming memoir will detail the American Beauty star’s struggles with drug abuse and sexual assault. According to an excerpt of The Great Peace: A Memoir, shared exclusively with People, “between the ages of twelve and twenty, [she] was the victim of repeated sexual abuse.” The American Pie actress says she was raped by her older brother’s friend just before her 13th birthday and  preyed upon by a Hollywood manager seeking a sexual relationship two years later.  She told the outlet, “I turned to any form of self-medicating I could find, just to get by.”