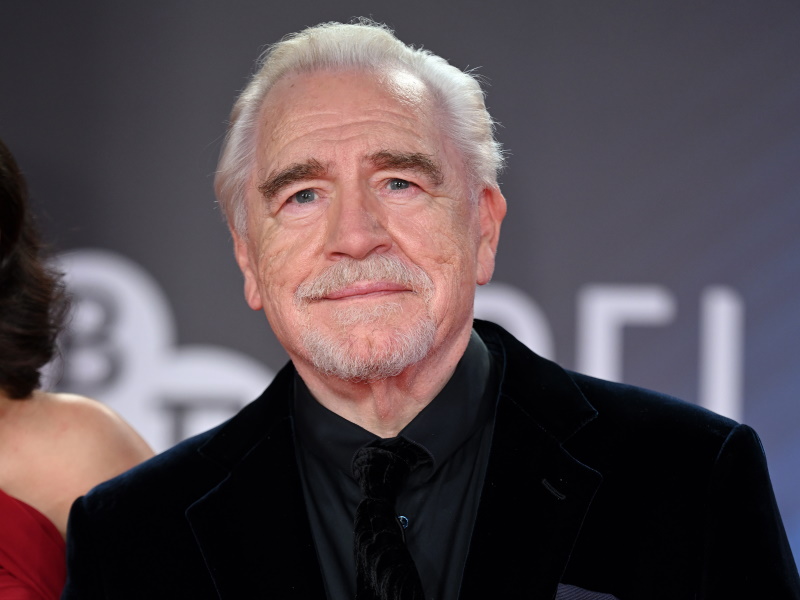 SCIENTISTS NAME SPIDER-KILLING WORM AFTER JEFF DANIELS: have named a spider-killing worm after Arachnophobia star Jeff Daniels. The tarantobelus jeffdanielsi, a tarantula-killing worm recently discovered by scientists at the University of California, Riverside, now bares the name of the star of the 1990 horror comedy. Parasitologist Adler Dilman wrote in Science Daily, “His character in the film is a spider killer, which is exactly what these nematodes are.”

BRIAN COX SAYS JEREMY STRONG WAS WARNED ABOUT 'NEW YORKER' INTERVIEW: Brian Cox says that Jeremy Strong was warned not to speak to the New Yorker for the December profile that outline his intense acting methods. Cox told Deadline, “He pushed for it…and people kept warning him about it. In a sense, he got hoisted by it, and I think it was unfortunate.” He added, “I think he should never had gone down that road because playing his Succession character Kendall has put him in a very vulnerable position.”

GASPARD ULLIEL DEAD AT AGE 37: Moon Knight actor Gaspard Ulliel died Wednesday (Jan. 19th) at the age of 37. According to E! News, The French actor, best known for his roles in Hannibal Rising and Saint Laurent, died from injuries sustained during a skiing accident. A spokesperson for the La Rosiere Ski Resort told the outlet that Ulliel and another skier collided into each other on Tuesday (Jan. 18th) afternoon.

ANNA WINTOUR PAYS TRIBUTE TO ANDRE LEON TALLEY: Anna Wintour issued a statement honoring former Vogue editor, Andre Leon Talley, following his death on Tuesday (Jan. 18th) at the age of 73. In the statement written on Vogue’s website, the magazine’s Editor In Chief recognized Talley as being “magnificent and erudite and wickedly funny” before addressing their tumultuous relationship. She wrote, “Like many decades-long relationships, there were complicated moments, but all I want to remember today, all I care about, is the brilliant and compassionate man who was a generous and loving friend to me and to my family for many, many years, and who we will all miss so much.”