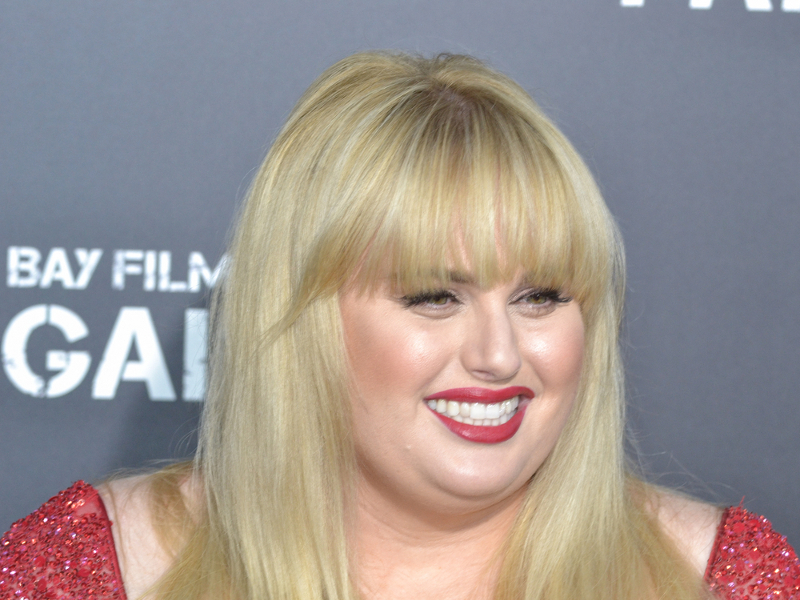 DIANE KRUGER REVEALS DAUGHTER'S NAME: After three years, Diane Kruger has finally revealed the name of her 3-year-old daughter with Norman Reedus. During an interview with People, the actress revealed that their little girl is named, Nova. She said, “‘Nova’ in Latin means new beginning, and a nova star keeps changing and is reborn. And we love Tennessee and the Smoky Mountains; we do motorcycle trips there.”

REBEL WILSON IS TAKEN: Rebel Wilson is “happily in a relationship” with someone special. The Pitch Perfect star told the U Up? Podcast Wednesday (May 11th), “It was a friend set-up. He’d known both of us for, at least, five years each and was like, ‘Yea I think the two of you would hit it off. And then we did!”

SARAH SILVERMAN ANDHER BOYFRIEND SHARE A TOOTHBRUSH: Sarah Silverman repulsed the hosts of The View Wednesday (May 11th) by admitting that she shares a toothbrush with her boyfriend. The 51-year-old comedian said that she and her boyfriend Roy Albanese have “never not shared a toothbrush.” Silverman, who has dated Abanese since 2020, seemed alarm by the surprised reaction she got from the hosts by adding, “Why is that so gross? We kiss each other where we pee!”

THE BALDWINS SHARE GENDER REVEAL VIDEO: It's a girl for Alec and Hilaria Baldwin. The couple shared a gender reveal announcement on Hilaria’s Instagram page Monday (May 10th). Each member of the family shared a hope for the new addition with Hilaria saying, “Feel free to immerse in and express all parts of your identity without fear of being shamed, limited or bullied.”