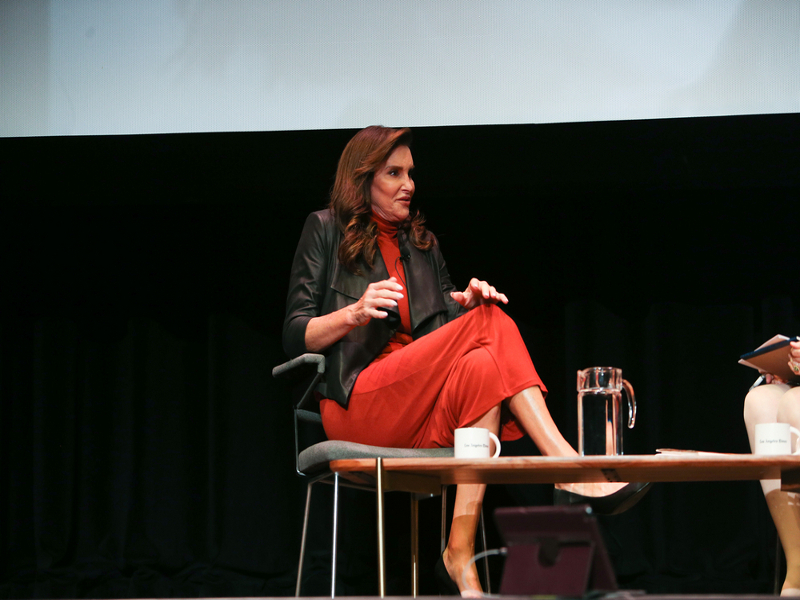 QUEEN ELIZABETH USES SWORD TO CUT CAKE: Queen Elizabeth has some moves. The 95-year-old opted for a sword when cutting a cake with Kate Middleton and Camilla, Duchess of Cornwall. The trio was celebrating with volunteers who are organizing next year’s Platinum Jubilee in celebration of her 70 years on the throne. She also enjoyed a Trooping the Colour ceremony at Windsor Castle in celebration of her birthday. The queen's real birthday is on April 21, but Trooping the Colour has marked the “royal” birthday of the British Sovereign for over 260 years.

CHRIS ROCK HAS FIRED STAFFERS THAT DON’T LISTEN TO WOMEN: In a conversation with Nicole Kidman, Chris Rock revealed that he has fired staffers for not listening to women. “I have just always been around powerful women. Even in comedy, the clubs were run by women. Comedy Store was Mitzi Shore in L.A. and the most powerful [woman] in New York was Silver Friedman [the wife of Improv Club owner Budd Freidman].” He adds, “Everybody talks about how stand-up is a boys’ club, but stand-up’s been run by a lot of women for a lot of years.”

THOMAS MARKLE TALKS OPRAH: Meghan Markle’s estranged father Thomas Markle is addressing Meghan and Prince Harry’s explosive interview with Oprah Winfrey. He claims she is “using” the couple to benefit her own career and “taking advantage” of Harry while in a “weakened” state. He tells 60 Minutes Australia: “I think she’s using them to build her network and build her new shows. I think she’s taking advantage of a very weakened man and getting him to say things that you just shouldn’t be saying on television.”

BENNIFER CONTINUES IN L.A.: Ben Affleck and Jennifer Lopez are continuing their renewed romance in L.A. after a brief time apart. Affleck reportedly hung with Lopez’s mom Guadalupe Rodriguez on the set of a new film project. “In the past, Jennifer's mom and Ben were very close. Guadalupe loved Ben. She was sad when they couldn't work things out years ago," a source now tells People. "She is thrilled that they are back together now."

CAITLYN JENNER DENOUNCES JIMMY KIMMEL: Caitlyn Jenner is fighting back after Jimmy Kimmel lampooned her bid to be California’s next governor. He compared her to President Trump: “Are we sure that isn’t Donald Trump in a Caitlyn Jenner wig? Because, I mean, look at this, the resemblance is uncanny. They’ve got all the same kind of moves.”Jenner responded on Twitter: “He obviously believes that trans women are simply men with wigs on. Where is the outrage from the left or LGBT community? Being WOKE must be optional if you are a Democrat.”

ASHLEY BENSON+ ?: Ashley Benson appears to be moving on from G-Eazy. The Pretty Little Liars alum was spotted in PDA mode with a new mystery man in Hollywood.