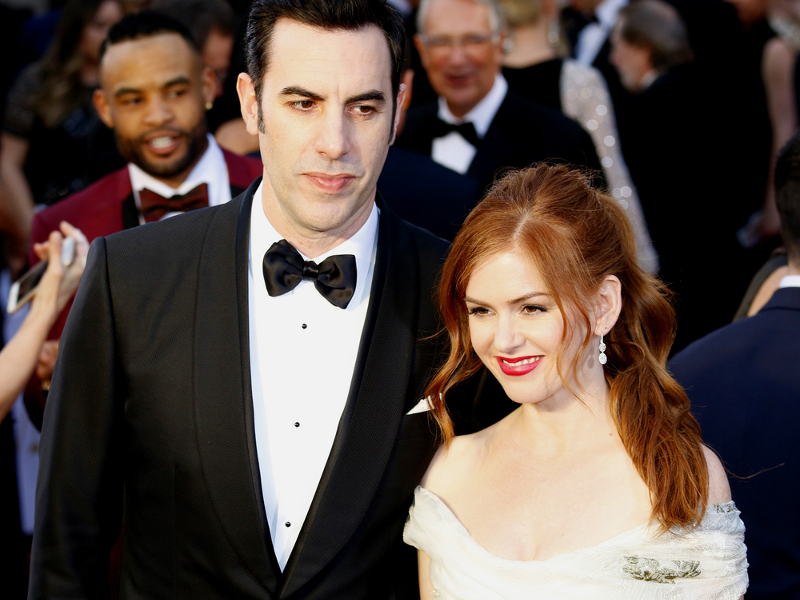 PRPhotos.com
Posted on October 26, 2020 by Pulse of Radio

SACHA BARON COHEN RESPONDS TO TRUMP: Asked if he had seen his advisor Rudy Giuliani in Sacha Baron Cohen’s Borat Subsequent Moviefilm, President Donald Trump said: "I don’t know what happened. But years ago, you know, he tried to scam me. And I was the only one who said no way. That’s a phony guy. And I don’t find him funny. I don’t know anything about him other than he tried to scam me. He came in as a BBC – British broadcasting anchor. To me, he was a creep. Thank you all." Cohen responded on Twitter: "Donald — I appreciate the free publicity for Borat! I admit, I don’t find you funny either. But yet the whole world laughs at you. I’m always looking for people to play racist buffoons, and you’ll need a job after Jan. 20. Let’s talk!"

HILARY DUFF IS EXPECTING A THIRD: Hilary Duff and her husband Matthew Koma are set to welcome their second child together. Duff shares Luca, 8, with Mike Comrie. "We are growing!!! Mostly me," the Younger star, 33, wrote on Instagram, along a shot of her and Koma embracing. Duff and Koma welcomed Banks Violet in 2018.

BRAD PITT CALLS JOE BIDEN ‘PRESIDENT FOR ALL’: In a new campaign ad, Brad Pitt has dubbed Joe Biden a president for all. "America is a place for everyone – those who chose this county, those who fought for it – some Republicans, some Democrats, and most, somewhere in between," the Academy Award-winning actor says in the ad. He continues, saying that Americans are seeking the same thing in a leader: "someone who understands their hopes, their dreams, their pain, to listen, to bring people together… to work just as hard for the people who voted for him as those who didn’t. To be a president for all Americans."

REESE WITHERSPOON AND RYAH PHILLIPPE REUNITED: Reese Witherspoon and Ryan Phillippe got together for their son Deacon’s 17th birthday party. Phillippe posted a video on IG Story of Witherspoon holding a cake and bringing it to Deacon. The pair, who also share the 21-year-old Ava, got married in 1999. They split in 2006.

CHRISTINE ELISE APOLOGIZES: Beverly Hills, 90210 alum Christine Elise is walking back her claims that Jessica Alba lied when she said she was told not to make eye contact with the show’s cast on-set. Elise said on social media: “First of all – I have never met her but have always admired her work. I am certain she is a lovely woman. Secondly, anyone who knows me at all knows I swear with unapologetic abandon, so quotes read without tone of voice can be misinterpreted and seem more angry than they ever were.” She went on to say that Alba’s recollection of her time on the Fox teen drama “does not sound like the set I was on.”