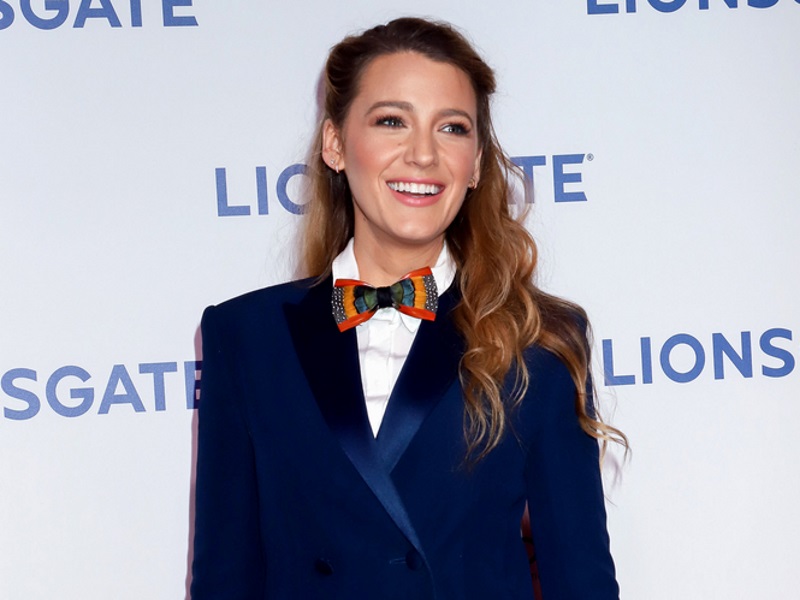 SCARLETT JOHANSSON AND COLIN JOST ARE EXPECTING: Scarlett Johansson is expecting her first child with husband Colin Jost. Sources tell Page Six that she is “actually due soon” and claim she has been skipping out on several Black Widow events because of the pregnancy.  Johansson is already a mother to six-year-old Rose, who she had with ex-husband Romain Dauriac.

KOBE BRYANT WATCHES 'DRAG RACE': During an appearance on The Ellen DeGeneres Show, RuPaul revealed two of the most “surprising” Drag Race fans.  The Emmy winner told guest host Loni Love that he was shocked to find out that NBA superstar Kobe Bryant and Vanessa Bryant watched the show.  He recalled, "I was walking into a hotel in New York… and Kobe and his wife were in the lobby. They said that they watch the show. I was surprised by that. That surprised me."

BLAKE LIVELY GETS DRESSED BY DAUGHTER: Blake Lively gave fans a glimpse of her four-year-old daughter’s attempt to act as her stylist on Wednesday morning (June 7th).  The actress shared a shot of herself in a bright pink hoodie with a sparkly smiley face and a white and pink skirt.  She captioned the Instagram Story with, “When you try to get your 4 year old dressed but they insist on dressing you instead. ..At 5am.

RACHEL BILSON REVEALS REAL 'O.C.' LOVE TRIANGLE: According to Rachel Bilson, there was a love triangle brewing both on screen and off during the first season of The O.C. The actress said that during the filming of the 11th episode of the first season, her character is supposed to be jealous of the relationship between Seth, played by Adam Brody and Anna, portrayed by Samaire Armstrong.  She said on her podcast, "When Seth is in the bedroom with Anna and she goes to kiss him, I see Samaire like slip tongue, "I get transported back to 18 years ago and I get a little jealous. It was like the real-life triangle playing out as I'm watching it." Bilson ultimately got the guy onscreen and off, having dated Brody from 2003 to 2006.

SADIE ROBERTSON HAD A SCARY DELIVERY: Duck Dynasty star Sadie Robertson revealed on the Whoa That’s Good podcast that the birth of her daughter Honey James was a rough one.  According to Robertson, Honey’s shoulder got stuck behind her pelvic bone. The former Dancing With The Stars contestant recounted, "In that moment, every second counts and they couldn't get her out for two minutes and 10 seconds. I knew something was wrong because of the pain, and the doctor [had] just told me, ‘Next push, she's here.'" Fortunately, her daughter was born safely, without injury and did not need to go to the NICU.