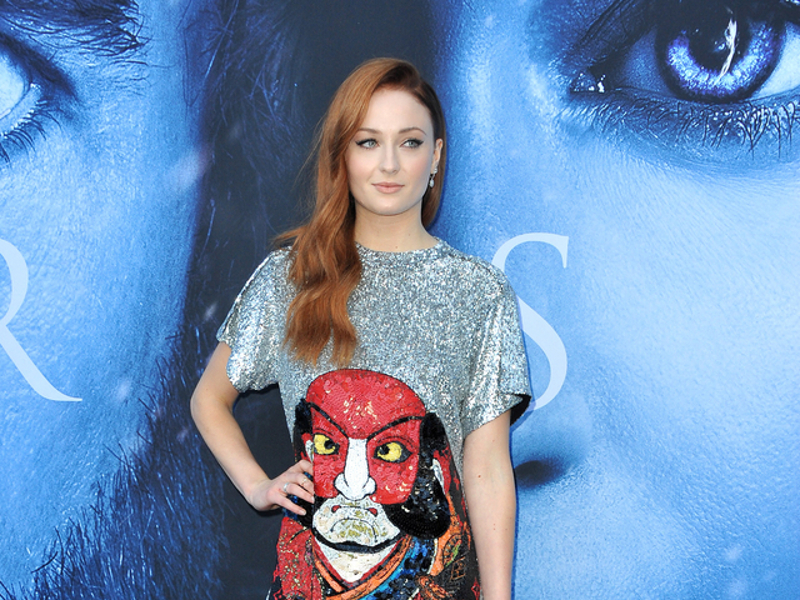 SOPHIE TURNER SHARES CRYPTIC PRIDE STORY: Is Sophie Turner bisexual? According to TMZ, the Game Of Thrones alum created an Instagram Story in celebration of Pride Month with stickers calling out “Bi Pride” and “Gay Pride” along with rainbows and the text, “time isn’t straight and neither am i.” Turner is currently married to Joe Jonas and she gave birth to their first child, Willa, last July.

JENNIE GARTH MADE DAUGHTER'S PROM DRESS: Jennie Garth made her daughter’s prom dress. The Beverly Hills 90210 star revealed on Instagram Wednesday (June 2nd) that even though sewing isn’t her thing, he managed to make a black strapless gown with a thigh high slit for her 18-year-old daughter, Lola. She wrote, “The thing is, she could have asked me to buy her some fancy dress but she wanted it to be homemade. She wanted that. I dunno, it just makes me proud. And it made her so proud to be able to say ‘my Mom made my dress,'”

MILES TELLER SPOTTED WITH BLACK EYE: Miles Teller was spotted in Los Angeles on Wednesday (June 2nd) sporting the black eye he picked up at a Maui restaurant last week. According to TMZ, he got the shiner in the restroom of the Monkeypod Kitchen while dining with his wife Keleigh Sperry. The outlet reports that the man who punched Teller was a wedding planner who claimed the actor owed him $60,000 for services he performed for Teller's wedding in Maui in 2019.

PARIS HILTON SELLS MEMOIR: Paris Hilton has just sold her memoir to William Morrow imprint Dey Street Books. Page Six reports that the book will be “both searingly honest and deeply personal”. Insiders tell the outlet that the publisher, who recently released Jessica Simpson’s biography, is hoping to capitalize on “nostalgia for early 2000s-era pop culture.”

ANDY COHEN NEEDS HELP FINDHING HIS CHILDHOOD FRIEND: Andy Cohen is asking for help finding his old friend Andy Neiman. The 48-year-old playwright and actor, who has bipolar disorder, has not been seen since he walked out of Poughkeepsie’s MidHudson Regional Hospital on May 21st. Cohen told Page Six, “Andy is younger than me, but we went to the same camp — Nebagamon in Wisconsin — and the same high school. I’m praying for his safe return, along with a lot of folks in St Louis.”