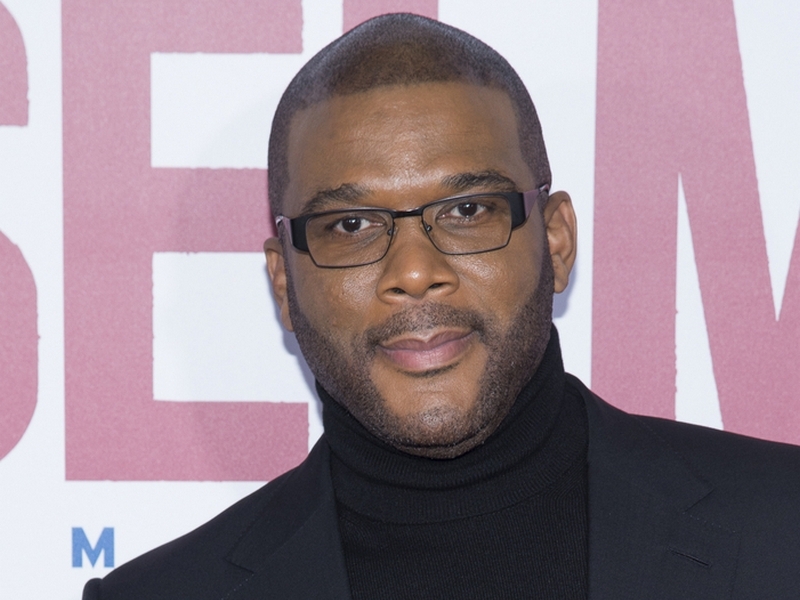 TYLER PERRY TO RECEIVE PEOPLE’S CHAMPION AWARD: Tyler Perry is set to be honored with the People’s Champion Award at the 2020 E! People’s Choice Awards, set for Sunday, November 15th. The director, entrepreneur and philanthropist’s work in entertainment, and in support of charitable organizations, earned him the honor. “In a year of unrest and uncertainty, Tyler Perry proved a natural leader,” Jen Neal, General Manager of E! News, Live Events & Lifestyle Digital, said Tuesday, Oct. 6. “From his pioneering efforts in successfully, and safely, restarting production and creating jobs at Tyler Perry Studios, to personally supporting charities and families in need, he continuously inspires hope in people. We are honored to present him with the People's Champion of 2020 Award.”

WILL SMITH SPEAKS ON 'ENTANGLEMENT' MEMES: In Will Smith's latest YouTube video, he and his wife Jada Pinkett-Smith addressed the “entanglement” memes. The couple addressed the Will Smith crying meme and explained that he wasn't actually crying before shooting the August Alsina Red Table Talk episode. He was just tired. Jada said, “He doesn’t cry. He wasn’t crying. ” Will added, “We were shooting at midnight because we were trying to rush and go to the airport in the morning. I said reshoot it but it played out. Everyone is like ‘Poor Will.’ … They love theyself some Will.”

DORINDA MEDLEY TALKS HOUSEWIVES EXIT: Dorinda Medley confirmed that she did not leave The Real Housewives of New York City of her own volition. She told former costar Bethenny Frankel on her podcast Just B, “I was ready to go back. I was excited about going back. I was planning on going back, and I thought I would have a great year. I wasn’t given that option.”

CASSIE RANDOLPH FILES POLICE REPORT AGAINST COLTON UNDERWOOD: Cassie Randolph filed a police report against ex-boyfriend Colton Underwood about a month after obtaining a restraining order against him, TMZ reports. The 25-year-old went to the Los Angeles County Sheriff’s Department on Monday, October 5, and claimed that the former Bachelor, 28, had planted a tracking device in her car. “It was her intention to first try and work through this process privately in a manner that gives both her and Colton safety, security and respect,” Randolph’s attorney, Bryan Freedman, tells Us Weekly. “We are confident this is possible.” The order was extended to November 6th.

CLARK MIDDLETON DIES AT 63: Clark Middleton died on Sunday at age 63. His widow Elissa shared the news, writing: “Thank you for your love and support for My Mister. I cannot count the number of times he said 'Give the world your best and the best will come back to you,' quoting his father Mel. And he meant it! He is in the light, happy and free, and sends love.” Middleton, who had roles on Law and Order, CSI, Fringe, The Path, Twin Peaks and Agents of S.H.I.E.L.D., died of the West Nile Virus.

GIULIANA RANCIC SHARES HEALTH UPDATE: Giuliana Rancic says she’s “feeling good” two weeks after sharing her coronavirus diagnosis. The E! host was set to host the Emmy Awards Red Carpet pre-show, and had to step down after the diagnosis. Her husband Bill Rancic and her son Duke Rancic also tested positive. She told E!: “I also want to say 'thank you' to everyone who sent us well wishes. Those messages always managed to put a smile on our faces and we really appreciated everyone's kindness.”