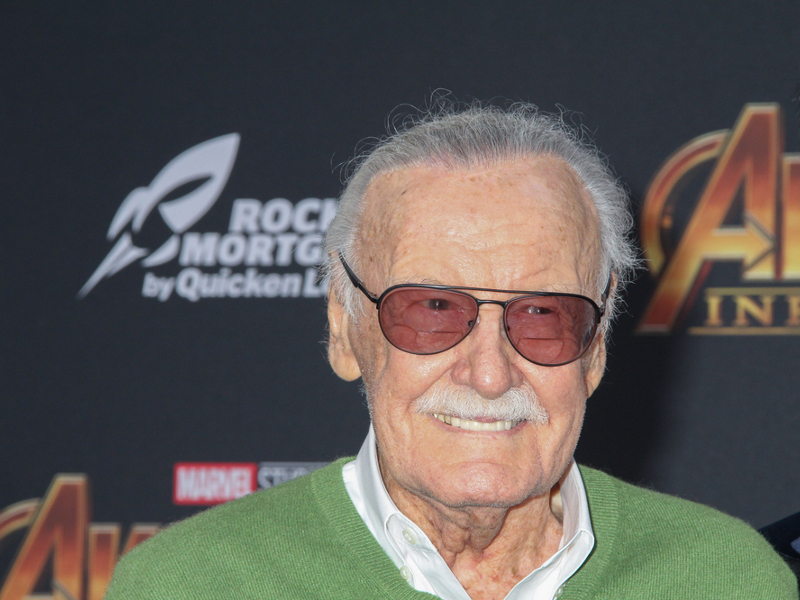 JUDGE THROWS OUT J.C. LEE’S SUIT: U.S. District Judge Otis Wright dismissed a suit brought by J.C. Lee. The suit an attempt to reclaim her father Stan Lee‘s property after his death at 95. The judge wrote: “Stan Lee, a superhero in his own right, served to inspire the everyday hero. The Court urges parties to treat his legacy with respect and cease engaging in meritless litigation.” Lee is being charged $1 million for her attempt to nullify Lee’s 1998 agreement with POW! Reacting to the development, POW!’s president Gill Champion said, “We feel vindicated by the Court’s decision today,” adding, “We are happy to finally put this ugly litigation behind us and move on to preserving the legacy of this great man and developing the large inventory of intellectual property he left behind. POW!’s commitment to honor and preserve Stan Lee’s legacy has not and will not waver.”

ALEX WINTER’S HBO DOC EXAMINES SEX ABUSE: Alex Winter, a former child star himself (Broadway‘s The King and I & Peter Pan, later Bill & Ted), is examining the perils of child stardom in a new documentary, Showbiz Kids, due July 14 on HBO. He interviews Evan Rachel Wood, Todd Bridges, Jada Pinkett Smith, Wil Wheaton, Disney Channelstar Cameron Boyce, E.T.'s Henry Thomas, Matilda's Mara Wilson and others. “Our stories are really the same — the highs and lows you go through as children and the risks that you face if you're vulnerable,” Winter tells The Hollywood Reporter.

JOSEPH FIENNES JOINS THE ICE MAN: Joseph Fiennes is set to play Wim Hof, an extreme athlete in The Ice Man. Hof got his nickname by breaking several cold-exposure records, including running a half marathon above the Arctic Circle barefoot. Fiennes said in a statement: “To carry the incredible Wim Hof message and to bring the extraordinary journey of the Ice Man to the greater consciousness is a unique privilege. Coupling that with Jeff Pope, one of the most illustrious screen writers in the business to tell this story is a once in a lifetime opportunity that I’m beyond thrilled to participate in. Knowing that the creative experience is championed by the wonderful producer Debbie Gray is the support one could only dream of.”

SANDRA OH TALKS GREY’S ANATOMY FIGHTS: During her 10 seasons on Grey’s Anatomy, Sandra Oh tells Variety that she was so invested in her character, she often had blowouts with writers and creator Shonda Rhimes. “I spent a lot of time with writers, and television is all about your relationship with the writer,” Oh said. “What I was able to get from Grey’s is to have the responsibility and the relationship with the writer to be able to direct where she’s going. If something kind of came up which was like, ‘That is completely wrong,’ I would go toe-to-toe with Shonda and a lot of the writers, which has been challenging. But I think ultimately, for the entire product and our relationship, if you’re fighting for the show, if you’re fighting for your character, people can tell that.”