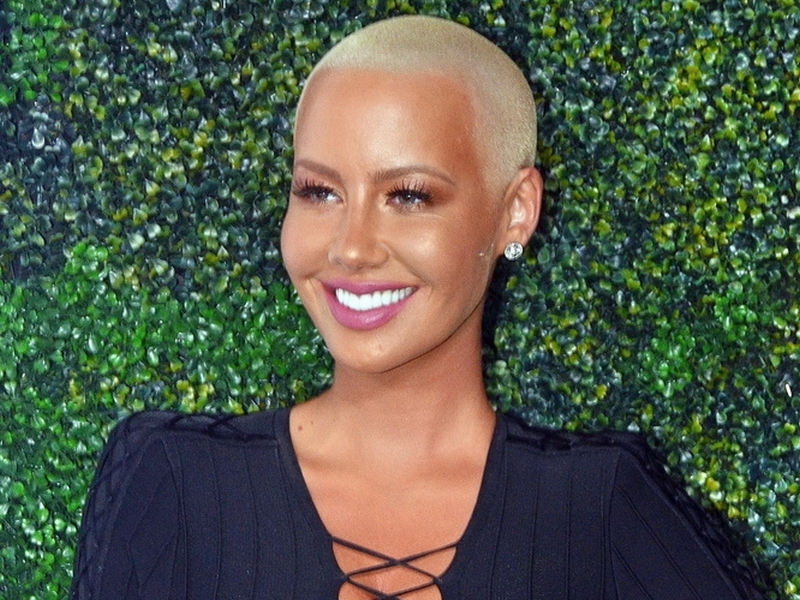 During an appearance on Red Table Talk, Amber Rose revealed that she once had non consensual sex with an ex after she told him that she wanted to end their relationship.

She explained, “He ripped my clothes off, I felt icky, I felt gross, I felt I was taken advantage of. It was terrible. Then he went downstairs and had breakfast, like he didn’t do anything.”

She continued, “The gray area in that situation is, I had sex with him so many times within these two years, I didn’t fully understand what had happened but I know what I felt like after.”

Rose said she believes men should be able to tell when their partner isn’t into sex, saying that when there’s interest, “you’re gonna be touching them, rubbing them, kissing” on them. She added, “If that wasn’t what you’re doing, the man knows that you’re not with it. He’s just taking advantage of the fact you feel bad to say no.”

Mike Tyson Smoked Weed Before His Fight With Roy Jones Jr.
Report: The Grammys Gave The Weeknd An Ultimatum Before Snub
Megan Fox Debuts New Tattoo, Romance With Machine Gun Kelly
Alfonso Ribero Reveals Why He Wasn’t On Set With Janet Hubert During The FPOBA Reunion
Erykah Badu Opens Up About Her Relationship With Andre 3000
Will Smith Opens Up About Ending Feud With Janet Hubert