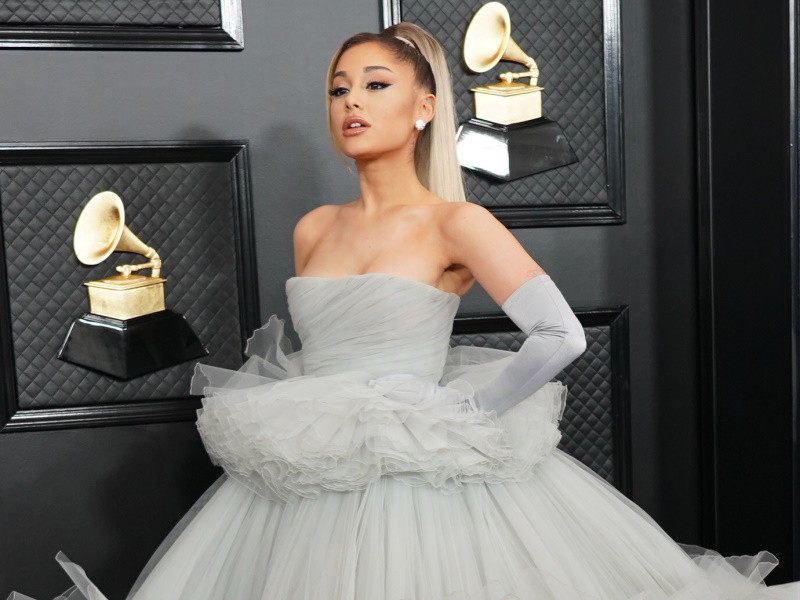 After the surprise release last week of Kanye West’s album, Donda… rumors started to fly about who was singing with him.

It all started when Ariana Grande’s fans thought it was her voice on the title track and started posting about it. Grande laid the rumors to rest in a short but sweet message she posted: “You sound so beautiful Stalone“

Despite good reviews, West is apparently unsatisfied with the release of Donda and claims that Universal Music Group released it without his consent.

Other collaborators on Donda, include The Weeknd, Lil Baby, Pusha T, Roddy Ricch and others.

Ariana Grande laid the rumors to rest that’s it’s not her on the song, “Donda.” It’s actually Stalone. Other collaborators on Donda, include The Weeknd, Lil Baby, Pusha T, Roddy Ricch and others.

Kim Kardashian Says North Is ‘Goth’
New Book Says Patrick Dempsey Left ‘Grey’s’ Because He Was ‘Terrorizing The Set’
Shannen Doherty Says Cancer Is ‘Part Of Life’
Chrissy Teigen Reveals She Had Fat Removed From Her Cheeks
‘The Matrix’ Director Reveals How Reboot Was Healing Process for Her & Keanu Reeves
Aaliyah’s Uncle Says Her Mom ‘Knew A Lot More’ About R. Kelly Relationship