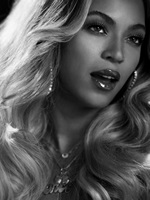 courtesy of Sony Music
Posted on March 15, 2019 by Pulse of Radio

Beyoncé is reportedly refusing to hand over texts between and and her husband, JAY-Z, as well as her mom, Tina Knowles, in connection with a lawsuit over the use of Blue Ivy’s name. According to Complex via The Blast, Veronica Morales, who is the wedding planning disputing over trademarking Blue Ivy, has reportedly asked for a “list of documents and communications” from Bey showing evidence that she played to use a Blue Ivy trademark. Apparently, Beyoncé’s team has not handed over the documents and has asked for a protective order to be put in place that would block Morales — who runs a company named Blue Ivy, from leaking confidential information.

In 2017, Bey sought a trademark for exclusive use of the title, which is also the name of her and JAY’s first child. Morales, whose wedding company name precedes the birth of Blue, was later reportedly accused by Bey’s legal team of trying to sell her business to them for $10 million. The offer allegedly included a PowerPoint presentation and plans for pursuing B-assisted merchandising. Morales has denied these allegations.