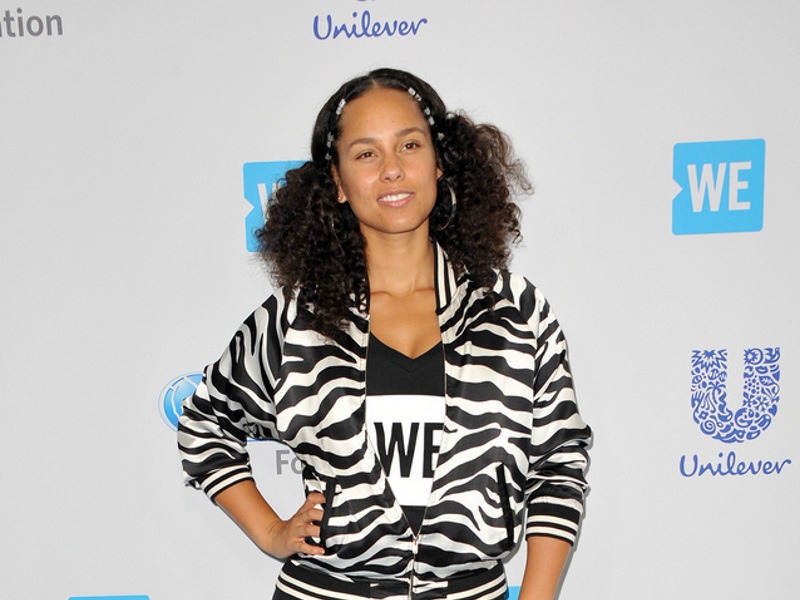 PRPhotos.com
Posted on January 27, 2020 by Pulse of Radio

The biggest night in music, the Grammy Awards, went down Sunday night in L.A. at the Staples Center airing live on CBS, with Alicia Keys hosting for the second year running. The non-televised portion 62nd Grammy Awards began with a moment of silence for NBA star Kobe Bryant, who died in a helicopter crash earlier in the day, along with his 13-year-old daughter, Gianna “Gigi” Bryant.

Going in, Lizzo led the nominations with eight, including Record, Album and Song of the Year. Billie Eilish and Lil Nas X were nominated six times; Eilish, now 18, was 17 when the nominations were announced, making her the youngest artist in Grammys history to get nods in all four major categories at the same time.

Before the show kicked off, Ozzy Osbourne made his first major red carpet appearance following his revelation that he is suffering from Parkinson’s disease. The 71-year-old carried a cane and was joined by his daughter, Kelly Osbourne.

Lizzo got the party started in true glam glory performing a medley of her hits starting with “Cuz I Love You,” while occasionally hopping on the flute. Before she got started, she announced: “Tonight is for Kobe.” Bom bom bi dom bi dum bum bay.

Keys took to the stage and immediately brought the room to tears with her thoughtful and heartfelt words about Bryant’s unexpected passing. She was joined by Boyz II Men to sing “It’s So Hard To Say Goodbye.”

Blake Shelton and Gwen Stefani sang “Nobody But You,” and nope, their love story played out onstage still isn't old.

Keys spoke, and then sang an incredible song about the transformations we’re seeing in music, culture and the wide world; she spoke and sang of hope despite tragedy and chaos. Keys also delivered the message again and again that “music is love.”

The Jonas Brothers performed “What a Man Gotta Do,” along with an unreleased single.

Lizzo gave a rousing, emotional speech thanking her many supporters, and reminding fans to “lift each other up” and keep their struggles in perspective, saying “All of my little problems that I thought were big as the world were gone.”

Tyler the Creator put us under a spell with an energetic, dystopian “New Magic Wand.”

Usher, FKA Twigs and Sheila E. performed a Prince tribute with a medley, which kicked off with “Little Red Corvette.” Reception on social media was mixed. The performance teased “Lets Go Crazy: A Grammy Salute to Prince” airing Tuesday, January 28th on CBS.

Brandi Carlile and Tanya Tucker performed “Bring My Flowers Now,” hitting an unexpectedly timely note, as many pointed out on social media.

Ariana Grande performed what started out as a nostalgic medley, including “Imagine” and “7 Rings,” that still managed to morph into steamy sass with lingerie, and yes, “Thank u, Next.”

Eilish took the stage with her closest friend and collaborator, her brother Finneas and sang “When the Party’s Over.”

Aerosmith hit the stage with “Living on the Edge,” then went into “Walk Like This” with Run DMC literally busting in and joining the party. Run DMC paid tribute to their late band member Jam Master Jay by using his logo as a backdrop.

Tyler the Creator brought his mom onstage with him to accept the award for Best Rap Album, and he thanked her and his supporters for believing in him through it all.

Everyone listened when Demi Lovato returned with a raw, but beautifully done “Anyone.”

DJ Khaled and John Legend didn't leave a dry eye in the house when accepting the Grammy for Best Rap/Sung Performance for their late friend Hussle.

Eilish and Finneas accepted the award for Album of the Year, saying they were “confused and grateful.”

Album of the Year: When We All Fall Asleep, Where Do We Go?, Billie Eilish

Best Pop Vocal Album: When We All Fall Asleep, Where Do We Go?, Billie Eilish

Best Dance Recording: “Got to Keep On,” The Chemical Brothers

Best Compilation Soundtrack for Visual Media: A Star Is Born

Producer of the Year, Non-Classical: Finneas

GRAMMY AWARDS 2020 Billie Eilish and Finneas accept the award for Album of the Year :

GRAMMY AWARDS 2020 Billie Eilish accepts the award for Song of the Year :

GRAMMY AWARDS 2020 Tyler, The Creator On The Grammy Controversies :

GRAMMY AWARDS 2020 Alicia Keys speaks to a new era while playing the piano :

GRAMMY AWARDS 2020 Alicia Keys asks for a moment of memorium :

GRAMMY AWARDS 2020 Finneas And Billie Eilish On The Impact Of Their Music :

GRAMMY AWARDS 2020 DJ Khalid On Why This Grammy Win Was Special :