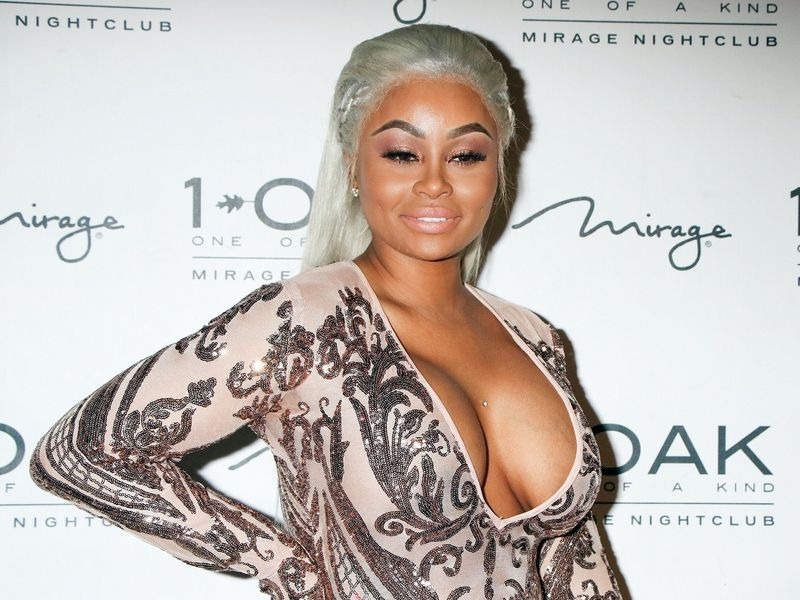 Blac Chyna's attorney Lynne M. Ciani, Esq denied that her client held a woman against her will in her hotel room in Sacramento.

A clip went viral yesterday (December 9th) of a woman running out of Chyna's room in tears. According to Page Six, a man named Ron Knighton, who was in the hotel room on the night of November 27th, said that he and a friend were inside Blac Chyna's hotel room at the Sheraton Grand Hotel for a party. Things were going great until the Chyna allegedly threatened Knighton’s friend “out of nowhere” to “shut the f*ck up” or they would both get beat up.

Knighton said that he and his female friend tried to leave and he was able to walk out but his friend was not. He said, “The vibe immediately changed so at that point we thought it was best to leave.  But when I went to walk out, she shut the door behind me and kept my friend in the room.” Knighton said that Chyna kept the woman in her hotel room for 20 minutes, despite the fact that she could be heard “crying and shouting.” When she was finally let go, Chyna told her and Knighton to stay in the hallway but they refused and eventually left.

Ciani responded to the allegations in a statement, “This story is false.  This latest false accusation of criminal conduct is just the most recent in a long line of false accusations against Blac Chyna.” Ciani continued, “We are very thankful that video evidence has allowed us to disprove past false allegations of assault & battery, assault with a deadly weapon, and now this false charge.  The video being circulated on social media shows that Blac Chyna did not hold anyone against their will."

Meanwhile, a spokesperson for the Sacramento Police Department said in a statement, “A dispute between two parties occurred, and the incident was resolved at the scene by the individuals involved.  No injuries were reported. The department is actively investigating the circumstances surrounding the incident and the investigation remains active.”

Ellen Barkin Testifies That Johnny Depp Was ‘Jealous’ And ‘Controlling’
Dove Cameron Shares She Is Struggling With ‘Depression & Dysphoria’
Report: Wendy Williams Will ‘Soon Have Access To Her Millions’ After Court Appoints Financial Guardian
Amber Heard’s Sister Says She Was Shoved By Johnny Depp
Mindy Kaling Doesn’t Care What You Think Of Her Portrayal Of Velma
Amber Heard Says Johnny Depp Can’t Look At Her ‘Because He’s Guilty’