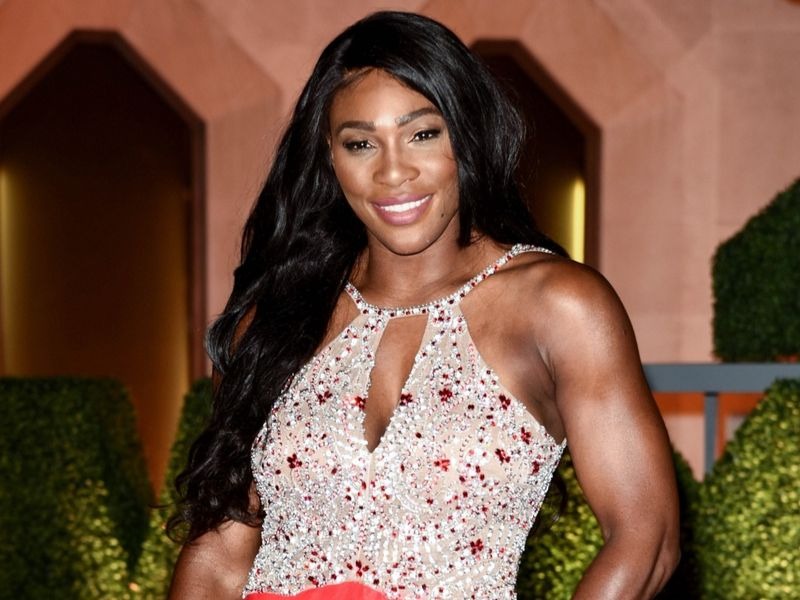 Black History Month: February 2020 To recall and celebrate the positive contributions to our nation made by people of African descent, American historian Carter G. Woodson established Black History Week beginning on Feb. 12, 1926. In 1976, as part of the nation's bicentennial, the week was expanded into Black History Month.

Tennis champ Serena Williams is one of the sports most exciting and closely watched young players. As an African-American in a historically white-dominated sport, she found herself in the spotlight and under scrutiny when her tennis skills developed an early age. Serena and her equally-talented sister Venus Williams were coached by their father Richard, whose unorthodox ways stirred controversy. Despite criticism, Serena caught the attention of tennis fans simply because she was a player of extraordinary ability and dynamism. She is ranked no.1 in women's singles tennis. The Women's Tennis Association has ranked her World No.1 in singles on six separate occasions. She is the only female tennis player to have won over $40 million in prize money. Williams was the second-highest paid female athlete in 2015, earning $11.6 million in prize money and $13 million from endorsements. In December 2015, she was named Sportsperson of the Year by Sports Illustrated Magazine. In 2019, she was ranked 63rd in Forbes' World's Highest-Paid Athletes list.

Serena on living her dreams: “Everyone's dream can come true if you just stick to it and work hard.” Serena on being the best: “I've always considered myself the best and the top. I never considered that I was out of it.” Serena on loving who she is: “I love who I am, and I encourage other people to love and embrace who they are. But it definitely wasn't easy – it took me a while. Serena on family: “Family's first, and that's what matters most. We realize that our love goes deeper than the tennis game.”

Brown vs. Board of Education of Topeka Kansas: On May 17, 1954, the U.S. Supreme Court ruled unanimously that segregation of public schools “solely on the basis of race” denied black children equal educational opportunity, even though “physical facilities and other 'tangible' factors may have been equal.” The ruling was a milestone in the legal career of plaintiffs' attorney Thurgood Marshall, who went on to become the first African-American Supreme Court justice.

ON THIS DAY IN BLACK HISTORY:

In 1760, Richard Allen born in slavery in Philadelphia. In 1817, Frederick Douglass, abolitionist and orator, was possibly born. In 1867, Morehouse College organized in Augusta, Georgia. The institution was later moved to Atlanta. New registration law in Tennessee abolished racial distinctions in voting. In 1936, National Negro Congress organized at Chicago meeting attended by 817 delegates representing more than 500 organizations. Asa Phillip Randolph of the Brotherhood of Sleeping Car Porters was elected president of the new organization. In 1946, Entertainer and dancer Gregory Hines born.

Frederick Douglass was an ex-slave and it is estimated that he was born in 1817 on the eastern shore of Maryland. He was the son of an enslaved black woman and a white plantation owner. Frederick Douglass became a noted abolitionist, author and orator, who dedicated his life to the eradication of slavery and segregation in churches, schools and public trains. He published an anti-slavery newspaper entitled the North Star, and housed runaway slaves on the underground railroad. He wrote three autobiographies, including the Narratives of the Life of Frederick Douglass. In 1889, Frederick Douglass arrived in Port-au-Prince, Haiti to serve as the U.S. minister to Haiti. He was appointed by President William Henry Harrison and served as minister to Haiti until 1891. He died in 1895.