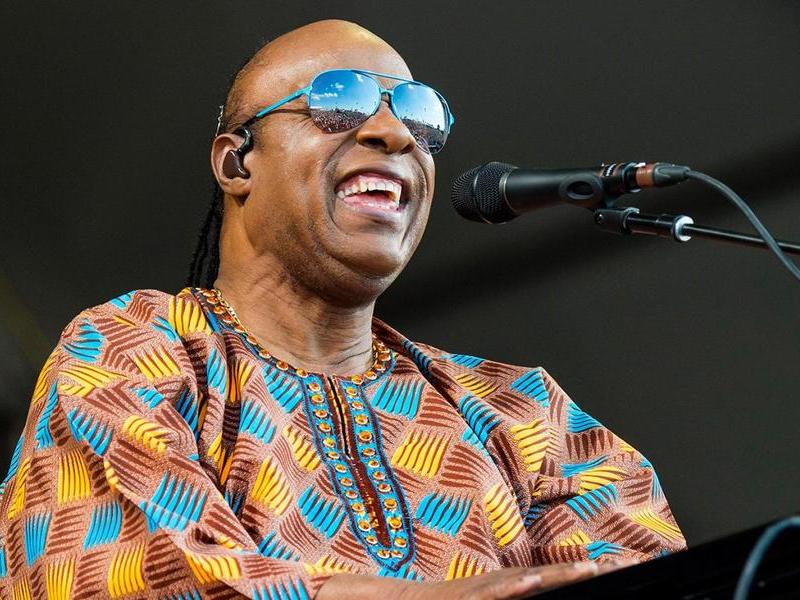 To recall and celebrate the positive contributions to our nation made by people of African descent, American historian Carter G. Woodson established Black History Week beginning on Feb. 12, 1926. In 1976, as part of the nation's bicentennial, the week was expanded into Black History Month.

Stevie Wonder is a musician, singer-songwriter, record producer and multi-instrumentalist. Wonder signed with Motown's Tamla label at age 11 and continued to perform and record for the label until the early 2010s. He has recorded more than 30 US top ten hit records and has received 25 Grammy Awards — the most ever awarded to a male solo artist. He has sold over 100 million records worldwide — making him one of the top 60 best-selling musical artists. In 2013, Billboard magazine released a list of the Billboard Hot 100 All-Time Top Artists to celebrate the US singles chart's 55th anniversary, with Wonder at number six. Wonder is reportedly worth $110 million.

Stevie Wonder was born Steveland Hardaway Judkins on May 13, 1950 in Saginaw, Michigan. Due to being born six weeks premature, Wonder was born with a condition called retinopathy of prematurity, which made him blind Wonder began playing instruments at an early age, including piano, harmonica and drums At age 49, Wonder was youngest-ever recipient in the 22-year history of Kennedy Center Honors given annually for lifetime contribution to arts and culture, presented by President Bill Clinton in Wash DC, Dec. 5, 1999. At the age of 17, Wonder performed with The Jimi Hendrix Experience playing drums at the BBC. (Jammin'/I was made to love her, BBC Sessions) Elected to the Rock and Roll Hall of Fame in 1989. He was voted the 15th Greatest Rock 'n' Roll Artist of all time by Rolling Stone. In his acceptance speech for the Oscar for Best Song in 1984, Wonder dedicated his award to imprisoned civil rights leader Nelson Mandela. The South African government promptly banned Wonder's music from the country. Wonder is also noted for his work as an activist for political causes, including his 1980 campaign to make Martin Luther King, Jr.'s birthday a holiday in the United States Wonder has nine kids. In addition to his being blind, Wonder also has loss of smell due to a 1973 car crash in North Carolina from which he also has a scar. His 1976 song “Isn't She Lovely” (from album “Songs in the Key of Life”) was dedicated to then newborn daughter Aisha whose name and “baby sounds” can be heard on the track Inducted into the Songwriters Hall of Fame in 1983. Inducted into the Apollo Legends Hall of Fame in 2011. First African-American artist to win the Grammy Award for “Album of the Year” for “Innervisions” (1973). The trophy was presented by Telly Savalas and Cher (Hollywood Palladium / 2 March 1974).

On having a vision: “Just because a man lacks the use of his eyes doesn't mean he lacks vision.” On life: “Time is long but life is short.” On self-love: “I am what I am. I love me! And I don't mean that egotistically – I love that God has allowed me to take whatever it was that I had and to make something out of it.” On his mom: “Mama was my greatest teacher, a teacher of compassion, love and fearlessness. If love is sweet as a flower, then my mother is that sweet flower of love.”

Stevie Wonder On Writing 'Songs In The Key Of Life':

“When I worked on Songs In The Key Of Life, when I decided even against the many people that felt it was not a smart idea to release a double album, but there were those that felt — ‘y’know, yeah, but, y’know, it’s time.’ They didn’t know where it was gonna go and what it was gonna do. And I can’t tell you that I knew (laughs) where it was going to go, either. I went on faith. I believed that God would give me the songs, the music, the ideas and, so I went out, really, on faith and in believing that there was a lot needing to be said and there was a lot I wanted to say.”

“I've decided today that until the stand your ground law is abolished in Florida, I will never perform there again. (audience claps).”

In 1870, Hirman R. Revels of Mississippi sworn in as first Black U.S. senator and first Black representative in Congress. In 1948, Martin Luther King Jr ordained as a Baptist minister. In 1964, Muhammad Ali defeated Sonny Liston for world heavyweight boxing championship. In 1971, President Nixon met with members of the Congressional Black Caucus and appointed a White House panel to study a list of recommendations made by the group. In 1975, Elijah Muhammad (77), leader of the Nation of Islam, died in Chicago. He was succeeded by his son, Wallace D. Muhammad. In 1978, Daniel “Chappie” James Jr. (58), retired Air Force general and the first Black promoted to four-star rank, died at the Air Force Academy, Colorado. In 1980, Robert E. Hayden, poet and poetry consultant to the Library of Congress, dies. In 1987, Edward Daniel Nixon, former president of the Georgia NAACP, died at age 87 In 1989, Boxer Mike Tyson becomes the undisputed Heavyweight Champion of the World by defeating challenger Frank Bruno of England. In 1991, Adrienne Mitchell, the first African American woman to die in combat in the Persian Gulf War, is killed in her military barracks in Dharan, Saudi Arabia In 1992, James Brown receives a lifetime achievement Grammy award. In 1999, White supremacist John William King, one of three white men accused of chaining James Byrd to a pickup and dragging him along a Texas road until he was decapitated, was found guilty and subsequently sentenced to death by lethal injection.

Politician, educator and Brooklyn native Shirley Chisholm survived three assassination attempts during her campaign for the 1972 Democratic nomination to the U.S. presidency.

Mae Carol Jemison is an American physician and NASA astronaut. She became the first black woman to travel in space when she went into orbit aboard the Space Shuttle Endeavour on September 12th 1992. Jemison was born on October 17, 1956 in Decatur, Georgia, but was raised in Chicago, Illinois.

At age 16, she entered Stanford University. She graduated in 1977 with a B.S. in chemical engineering. In 1981, she obtained her Doctor of Medicine degree from Cornell Medical College (now Weill Medical College of Cornell University). She interned at Los Angeles County USC Medical Center and briefly worked as a general practitioner.

Jemison served in the Peace Corps from 1985 to 1987. In 1987, she applied for NASA and was accepted. Jemison flew her only space mission from September 12th to 20th, 1992 as a Mission Specialist on STS-47. She resigned from NASA in 1993. She is also a dancer, and holds 9 honorary doctorates in science, engineering, letters, and the humanities.

Stevie Wonder On Writing ‘Songs In The Key Of Life’ :