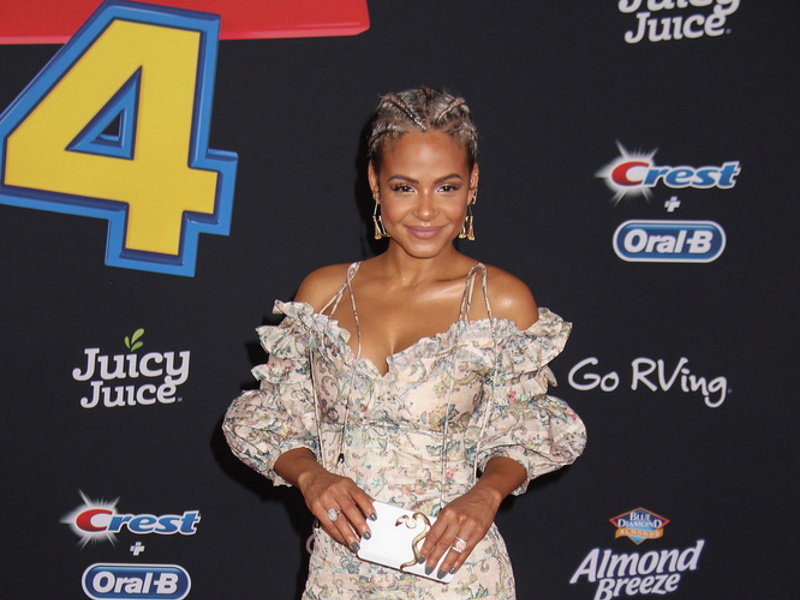 Christina Milian is pregnant with a baby boy.

The 37-year-old singer and actress and her boyfriend, recording artist Matt Pokora, announced the news Monday at a party with family and friends. Milian shared a slideshow of photos from the gender reveal party. The pictures show Milian and Pokora smiling and laughing as they hold a stick emitting blue smoke.

“Oh BOY we’re above and beyond Cloud 9!! #grateful #itsaboy,” Milian captioned the post.

Actress Karrueche Tran and model Nicole Williams were among the guests at the bash. Williams shared videos of Milian and Pokora on Instagram Stories. “love you guys!!!” she captioned one post.

Milian has a 9-year-old daughter, Violet Madison, with ex-husband The-Dream. She said in an Instagram post last week that she had a “long and completely exhausting” first trimester of pregnancy. “Being preggo for the second time around is def a WHOLE NEW EXPERIENCE!” the star wrote.

Milian announced her pregnancy in July. She will star in the new Netflix series Soundtrack and the Netflix movie Falling Inn Love.