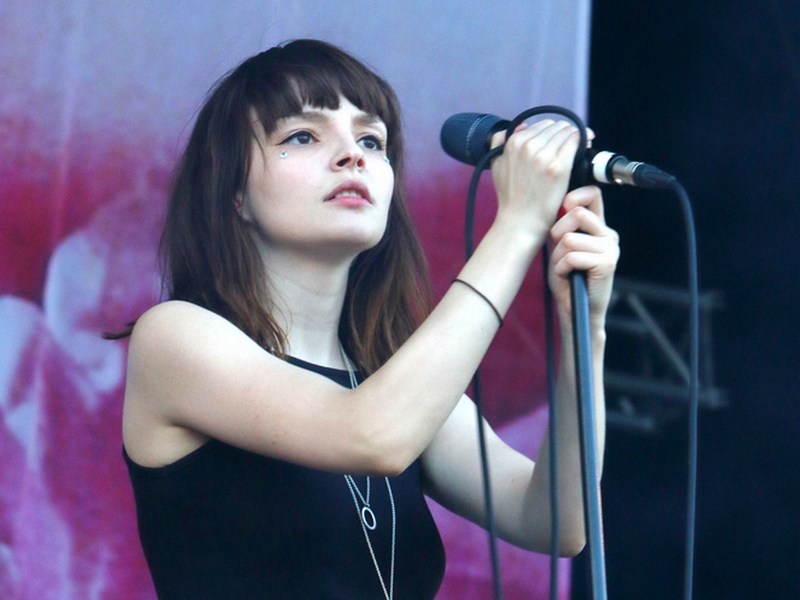 Chvrches has received both a vicious response from singer Chris Brown and threats from his fans after slamming the band's collaborator, electronic dance music producer and DJ Marshmello,
for working with Brown and rapper Tyga in the wake of numerous domestic abuse and sexual assault allegations against both.

Chvrches wrote last week, “We are really upset, confused and disappointed by Marshmello’s choice to work with Tyga and Chris Brown . . . working with people who are predators and abusers enables, excuses and ultimately tacitly endorses that behavior. That is not something we can or will stand behind.”

Brown, who pleaded guilty in 2009 to felony assault on his then-girlfriend Rihanna, and has faced multiple accusations of abuse and rape in the past three years, responded, "BUNCH OF LOSERS. these are the type of people I wish walked in front of a speeding bus full of mental patients. Keep groveling over you own insecurities and hatred. IM BLACK AND PROUD. AND I KNOW ITS HURTS THAT U GUYS ARE STRUGGLING WIT LIFE OR PEACE SO U ARE FORCED TO SEE MY SUCCESS. You aren’t even #2 (REMEMBER 2nd place only means YOU LOST FIRST! TA-TA. GOODDAY PEASANTS."

The band now says that Brown’s fans are sending them death threats, with Chvrches singer Lauren Mayberry saying at a show over the weekend that she may need to buy a “bulletproof tutu” for concerts due to the graphic threats she’s receiving.

Later, on her personal Instagram page, Mayberry posted screen captures of abusive messages she had received from Brown’s supporters, writing, “Angry men on the internet can call me all the names they want. I still think domestic abuse is wrong.”

Marshmello has yet to address the controversy. He and Chvrches recently collaborated on a song called "Here With Me," which is currently climbing the Alternative airplay chart.