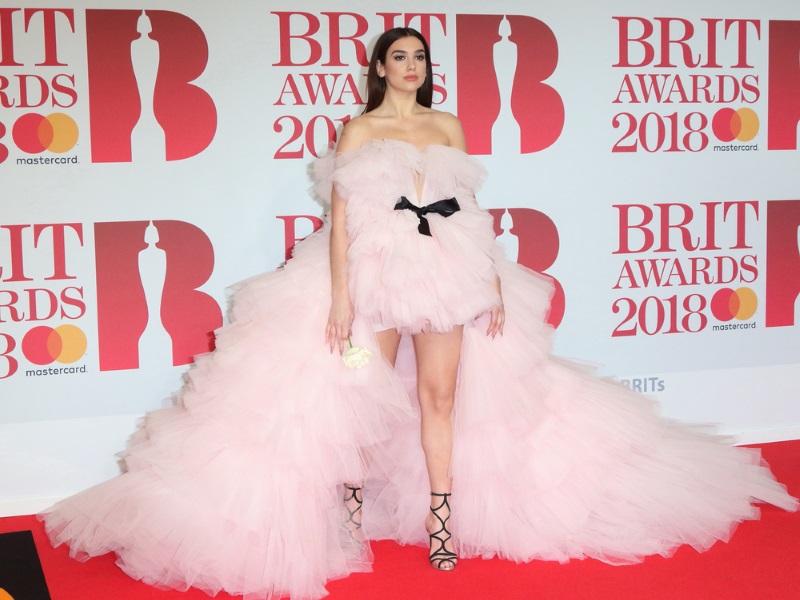 Dua Lipa is firing back at internet trolls accusing her of using Photoshop to enhance a sweet baby pic she recently shared on social media.

Last month, the 23-year-old singer took to Instagram to share an adorable photo of herself as a toddler. Some of her 30 million followers, however, focused on her younger self’s full, pouty lips, with some even accusing her of Photoshopping her lips to make them appear larger.

Dua took to Instagram on Tuesday to slam the rumors. “to the people saying i photoshop my baby pictures to make my lips look bigger are mad madddd!” she wrote. “can’t believe i have to defend myself. you guys are on crack.” She strengthened her point by uploading a series of more baby photos and in each of them, she’s rocking her characteristic full lips.

One Instagram user wrote, “So we can’t even trust people’s baby pics now,” while another slammed the, commenting, “Some bad photoshop too lol your kid lips aren’t as big as your adult lips no matter the plumpness.”

In April, Lipa revealed the valuable advice a fellow pop star gave her about Internet hate. “When I met Katy Perry, she was like, ‘I hope you don’t search your name,’” the London native said in the cover story for ELLE’s May issue. “She was like, ‘That’s what I did at the beginning of my career, and I’d get upset about every tabloid that said something about me.’ She said, ‘Do not have notifications on. Do not read that sh*t, because it will stop you from doing what you love.’”

Empire’s Ta’Rhonda Jones On The Jussie Smollett Drama: ‘I AIn’t In It!’
Meghan Markle’s Father To Testify Against Her in Court, Harry Announces Invictus
Oprah Winfrey Explains Why She Never Married Stedman Graham
Industry News: Next in Fashion, Netflix, Idina Menzel and More!
Meghan Markle Deemed Non-Essential For Summit on Her Future
R. Kelly Only Has One Person Visiting Him In Jail