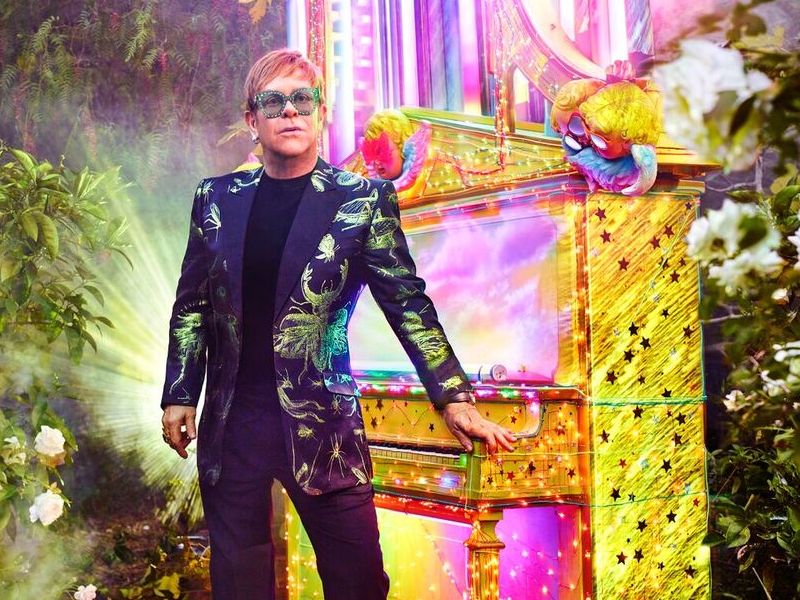 David Lachapelle
Posted on March 26, 2020 by Pulse of Radio

Elton John will host an hour-long, commercial free musical event on March 29th at 9 pm ET, titled, Fox Presents The iHeart Living Room Concert For America. The show, which will raise money and awareness of COVID-19, will be performed by entertainers from home featuring Green Day's Billie Joe Armstrong, Mariah Carey, Alicia Keys, Tim McGraw, Billie Eilish, and the Backstreet Boys, among others.

Billboard reported, "The performances will be filmed on the singer's personal cell phones, cameras and audio equipment in order to ensure the health and safety of the participants in this period of social isolation."

A while back, Elton John told us that the critical drubbing the Backstreet Boys often took from the press was completely unwarranted: ["What about the Backstreet Boys? Yeah, they make videos, but those boys can sing their ass off. They’re brilliant. Everyone slags them off. Those boys can sing — they have my ultimate respect. They are great!"]" SOUNDCUE (:08 OC: . . . they are great)

Elton John On The Backstreet Boys :