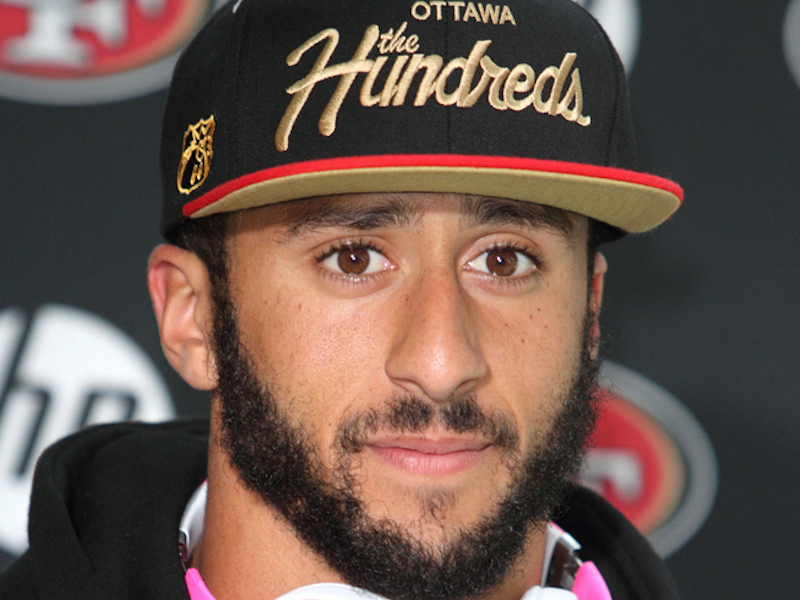 COLIN KAEPERNICK TO RELEASE A MEMOIR: Colin Kaepernick plans to release a memoir through his own publishing company. Reports say that the former San Francisco 49ers quarterback turned activist announced that the book will be released later this year. Colin's publishing company, Kaepernick Publishing has signed a multi project deal with Audible to produce audio projects that boost the voices of “notable authors, creators, and other influential figures.” The book is described as “part political awakening and part memoir,” and will detail what led the athlete to his silent protest during the NFL preseason in 2016 by respectfully taking a knee during the National Anthem. He said in a statement, “I am excited that through this groundbreaking partnership between Kaepernick Publishing and Audible, we can elevate Black and Brown voices who can empower future generations.”

LIL REL CRITICIZES TYLER PERRY'S DECISION TO NOT HAVE A WRITER'S ROOM: On a recent episode of Deadline's New Hollywood Podcast, Lil Rel criticized Tyler Perry's decision to not have a writer's room. He said, “I love Tyler Perry and I’m proud of him…but I told myself I’m going to say something because I don’t agree with that. You can’t write a show called ‘Sistas’ and you’re not a sista. So you don’t want no suggestions or nothing?” He continued, “I know we talk a good game about ‘This is what I’m doing, I’m doing this, I’m doing that.’ Now, I’m talking, but I’m putting my money where my mouth is. I don’t have what he got yet, but as I climb up here, I’m going to do even more of that. We gotta do better man. It’s all talk, but if you’re really on that, then give people jobs, bro. You can’t base nothing on one writers’ room, brother. That means you didn’t hire good writers. Find more writers.”