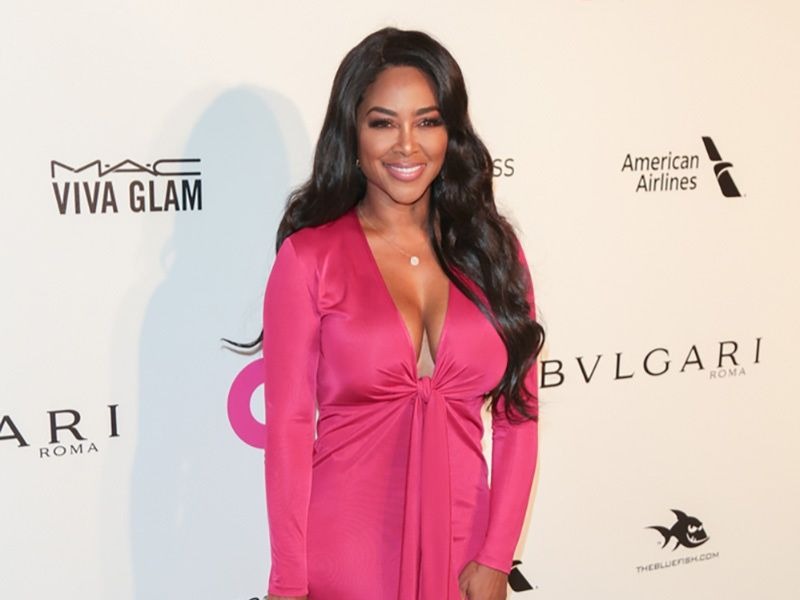 'RHOA' STARS KENYA MOORE AND DREW SIDORA GO AT IT ON TWITTER: RHOA star Kenya Moore took to Twitter to call out castmate Drew Sidora for bringing up her 2006 movie "Step Up" during a back and forth they had at the reunion. Kenya tweeted, “Did Drew really talk about a 2006 film’s box office earnings to prove that she’s rich? #RHOA. Drew needed a husband to buy her first house at 35. Meanwhile, I’ve owned multiple from 26 years old and purchased with CASH. Check those receipts #RHOA #brokenitchbehavior.” She continued, Does Drew EVER NOT LIE? I thought she said $400M in box office receipts for “Step Up” from 2006…BTW the studios make that money. You just got a small check. Feeling petty tongue#BrokeB%*chBehavior #seekhelp." Drew responded, “Kenya has to do everything alone because she…..has no choice. #BossBi**h or #LonelyBi**hWoman,” with the shrugging emoji.

TAMI ROMAN SAYS SHE WAS HURT WHEN HER DAUGHTER JAZZ CAME OUT AS BISEXUAL: During her show Get Into It, Tami Roman revealed to TS Madison that when her daughter came out as bisexual, she was hurt. She explained, “I’ll tell you honestly. I, in no way want to come off as homophobic, because I’m not. But in all honesty, I cried. I was hurt…that wasn’t what I envisioned for my daughter. You hope that if that’s their truth that you’re able to love them and still have a relationship and a rapport with them. And there are some mothers out there that don’t. I’m the type of mother that does. But at the same time, this is not what I envisioned, I wanted her to have a husband and kids.” She continued, "I felt like I did something wrong. I felt like did I put her in a situation or an environment where she was introduced to certain things because she had never expressed any interest in a female. My life hasn’t always been easy and so I moved my kids around a lot."

SAFAREE AND ERICA MENA EXPECTING SECOND CHILD: Safaree and Erica Mena have announced that they are expecting their second child together. She posted a pic with her new baby bump, along with the caption, “More Life. Who wants that perfect love story anyway..” Safaree commented, “You know people slow and they not gonna realize this is from last week right?”Erica responded, saying she’s “cracking up at the comments.”