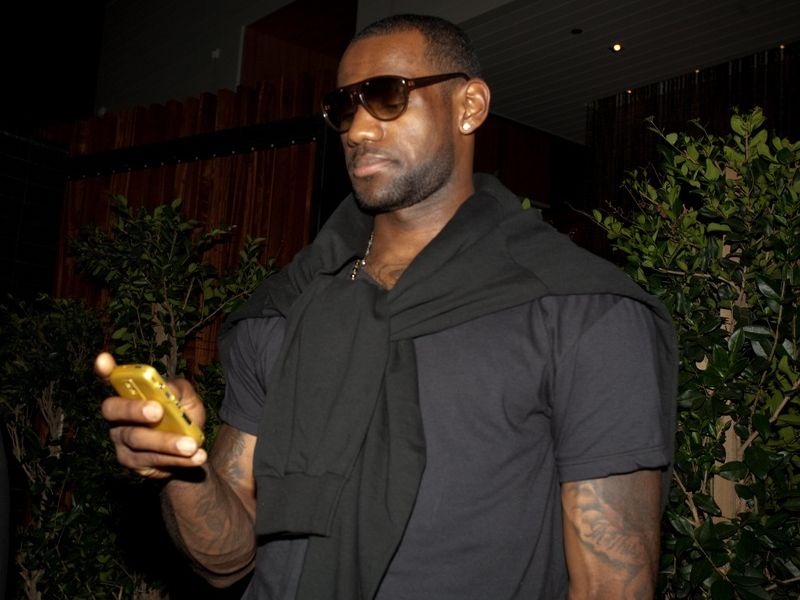 LEBRON JAMES WANTS TO MAKE AN ALBUM: LeBron James has revealed that he wants to make an album. He tweeted earlier this week, “My love for music is INSANE!!! I think I’m going to do a album. Oh no I won’t be rapping or anything like that. I’m not crazy, I know what I’m great at, but I tell you one thing I do have. So many friends that can. Thinking out loud.” Back in 2011, James rapped on a track alongside Kevin Durant. The track was leaked a few years later.

GABRIELLE UNION SPEAKS ON CRITICS WHO SAY HER DAUGHTER'S HAIR IS NEVER DONE: During an interview with Madamenoire, Gabrielle Union opened up about people who criticize her daughter Kaavia's hair. When asked about how she instill confidence in her children in regards to their black hair, she said that she tries not to obsess over Kaavia and Zaya's hair. She explained, “Kaav swims every day, so even when her hair is done in the morning, she swims. So it’s not going to be picture perfect or whatever people feel that means. I’m human. I see comments where they’re like, 'That child’s hair is never done.'” She continued, “And it is done, I just don’t chase her around making sure that we document her looking super, super done every single day. You’ll see her like that on occasion. But regular, Kaav is going to run around here during a pandemic after swim class and it’s going to be what it is. You’ll see her natural curls. You’ll also see that they’re going to be moisturized. That’s more of what I care about, hair health, not the style.”

VANESSA WILLIAMS SAYS BLACK PEOPLE MADE 'HURTFUL' COMMENTS ABOUT HER WINNING MISS AMERICA 'CAUSE SHE'S LIGHT': During an interview on A&E's The Table Is Ours podcast, Vanessa Williams opened up about the backlash she faced when she was crowned the first Black Miss America back in 1983. She said, “I was not seen as a 20-year-old, who is a junior in college. I was seen as a symbol. But also seen as a Black woman. And also seen as someone who was supposed to represent the ‘American beauty.’ And there are a lot of folks that did not believe that having brown skin and being a Black woman represented the Miss America ideal.” She continued, “I had death threats. I had sharpshooters when I did my homecoming parade. The people that are crazy and want to kill you and your family, that’s one thing — but it was like my own, my own people. Not only was I getting attacked from white folks saying ‘She doesn’t represent us,'” Williams explained, “But some black folks saying ‘Oh they only picked her cause she’s light” — ‘light eyes’ — and kind of dismissed my talent, my intellect, and my achievement. So that was probably more hurtful.”