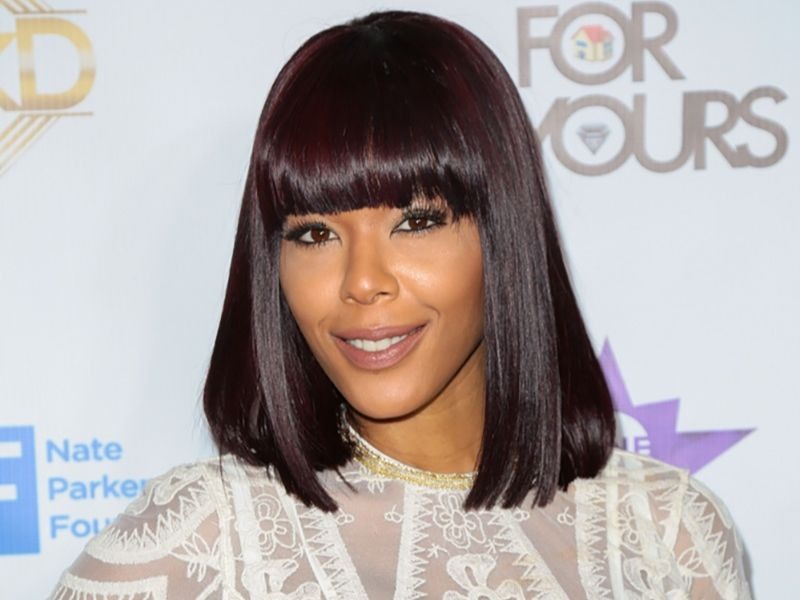 MONIECE SLAUGHTER SAYS FIZZ AND OMARION WERE DEFINITELY FRIENDS: Despite Lil Fizz constantly saying that he and Omarion were never really friends, Moniece Slaughter has come forward with receipts. She wrote via Instagram, “My BD just be tellin lie after lie after lie. Omarion was at my son’s 4th or 5th birthday party at glow zone. During his FRIENDSHIP w/ Omarion, he completely put Boog on the back burner. Never saw that man I’d heard mention of his name smh.” She also revealed that Fizz also attended Omarion and Apryl's baby shower. She said, “Both dreux and I attended their 2nd baby shower (we came separately of course. I attended a bday party at their house for her after season one with Morgan Hardman (my bd was there).” She added, “Omari invited dreux & kam to Disneyland after the release of his single w/ Chris brown & jhene. Along with Chris & other fathers and their sons! Them boys were friends. My son referred to Omarion then & now as uncle O. She even said to me in a text, ‘kam is such a good boy. He already had been. Even when dreux used to bring him around when me & O were together.”

LIRA GALORE ACCUSES PIERRE THOMAS OF PHYSICALLY ABUSING HER DURING HER PREGNANCY: Lira Galore has accused her ex Quality Control Music CEO Pierre “Pee” Thomas of abusing her throughout her pregnancy. In legal docs, obtained by TMZ, Lira claimed that he assaulted her in five different altercations. She said that Pee “punched her in the face, threw her to the ground, began choking her and punched her in the head so many times, she developed knots.” During one altercation, Lira claimed that Pee snatched her engagement ring off of her finger and disclocated it. Lira filed legal docs, requesting sole physical custody of their daughter on the grounds that he “has consistently demonstrated physically violent, emotionally abusive, irrational and erratic behavior.” She is also asking for $15 million for her injuries and a court order to stop him from harming her, to stay away from her, and to submit to a psychological evaluation.

'QUEEN & SLIM' DIRECTOR CLAIMS GOLDEN GLOBES VOTERS DIDN'T BOTHER TO WATCH THE FILM: Queen & Slim director Melina Matsoukas has revealed that voters refused to watch the film. She told Variety that she had already been warned by her team that the membership of Hollywood Foreign Press Association, comprised of about 90 international journalists who vote on the Golden Globes, had skipped multiple screenings of “Queen & Slim” that had been set for them. She explained, “We held three screenings for the HFPA and almost no members attended. For me, it’s reflective of their voting body. It’s not reflective of the society in which we live in or the industry as it stands today. They don’t value the stories that represent all of us, and those stories are so often disregarded and discredited, as are their filmmakers.” She added: “It’s extremely discouraging. It’s extremely infuriating. And it just represents an archaic system that is full of people who don’t value us.” Meanwhile, a representative for the HPFA disputes the claim that members didn’t watch the film. The rep says all voters had been sent screeners and could have seen it at home.

NIECY NASH OFFICIALLY FILES FOR DIVORCE: According to TMZ, Niecy Nash has officially filed for divorce from husband Jay Tucker. The actress filed legal docs in Los Angeles yesterday (December 12th). The two announced their separation back in October in a joint statement.