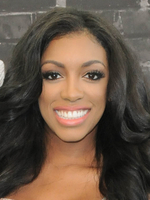 PRPhotos.com
Posted on February 26, 2019 by Pulse of Radio

PORSHA WILLIAMS LANDS BABY SPECIAL: The Jasmine Brand has reported that Real Housewives of Atlanta star, Porsha Williams, has landed a BRAVO baby special. Sources said that Porsha and her fiancé, Dennis McKinley, hosted an all white, winter themed shower over the weekend. All RHOA cast member were allegedly in attendance, with the exception of NeNe Leakes. Former castmate, Kenya Moore, was present as well.

MONIECE SLAUGHTER TO JOIN ‘LOVE & HIP HOP: ATLANTA’: Rumor has it that Moniece Slaughter will be joining Love and Hip Hop: Atlanta. The Jasmine Brand reports that she will be on the upcoming season of the show. Moniece is reportedly dating Scrapp DeLeon, a current LHHATL cast member. The two have allegedly been filming together and their relationship may appear on the show.

NASA RENAMES FACILITY AFTER ‘HIDDEN FIGURE’ KATHERINE JOHNSON: According to Bossip, NASA has renamed a facility after STEM pioneer, Katherine Johnson, the NASA mathematician who was placed by Taraji P. Henson in the film, Hidden Figures. The building will now be called the Katherine Johnson Independent Verification and Facility and it is located in Fairmont, West Virginia.