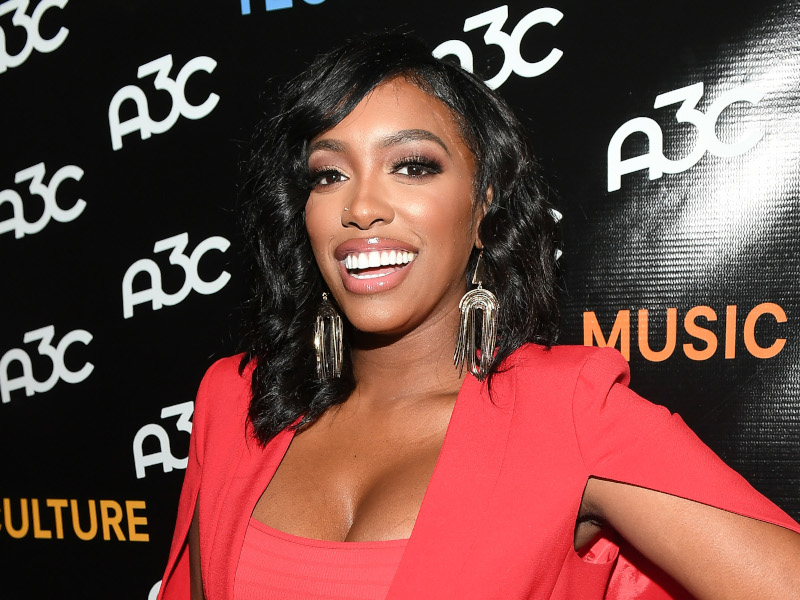 Getty Images
Posted on November 10, 2022 by Pulse of Radio

FORMER 'RHOA' STAR PORSHA WILLIAMS ACCIDENTLY REVEALS WEDDING DRESS: Former Real Housewives of Atlanta star Porsha Williams accidently revealed her wedding dress on social media.  Porsha was on IG Live to promote her new Porsha Williams clothing line when she accidently showed fans the wine colored gown. According to All About The Tea, multiple sources say that Porsha and Simon Guobadia will tie the knot over the Thanksgiving weekend in Atlanta. Sources also said that the couple plan to have a huge wedding in Simon's native country Nigeria. The wedding is expected to be filmed for TV.

ABBY DE LA ROSA CONFIRMS SHE IS EXPECTING THIRD CHILD WITH NICK CANNON: Abby De La Rosa has confirmed that she is carrying Nick Cannon's 12th child. She posted the following message on her IG Story, “1 night with a Libra can turn into 3-4 years. Be careful.” She captioned it, “Damn! Lol 1 night turned into 4 years and 3 kids real quick … I see no lies here smh. Y’all be safe out there.”

DANCEHALL ARTIST SPICE ADDRESSES RUMORS ABOUT HER HEALTH: Dancehall Queen Spice has addressed rumors that she is having complications from plastic surgery. The reality star and Dancehall artist took to Instagram to update fans, giving praise to Jesus for saving her life and wrote that she was in a “better space today to properly update you on my current health situation.” She said, “I suffered a damage hernia a few days ago that sent my body into sepsis, as a result I was rushed to the hospital for immediate surgery. As you know I’ve been off Social Media for a while to rest mentally, so little did I know that during my medical scare it was already been said that I had a heart attack, I was in a Coma , and I also died / but none of that is true." She continued, "However I’m still recovering from what really happened so thanks so much for all the prayers and concerns, please take great care of yourself, eat, live, love laugh, like it’s your last day, I LOVE YOU ALL SO SO MUCH.”