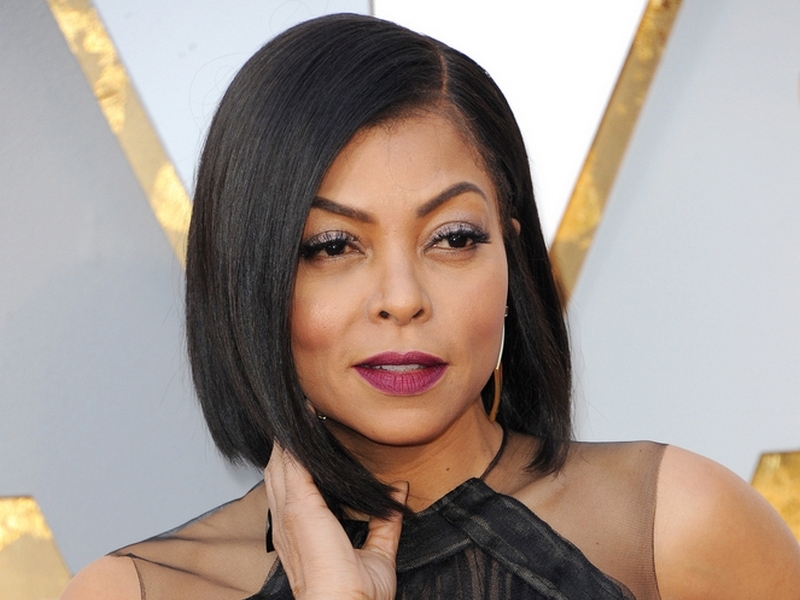 TARAJI P. HENSON SLAMS 50 CENT FOR TROLLING 'EMPIRE': During an appearance on T.I.'s ExpediTIously podcast, Empire star Taraji P. Henson spoke on 50 Cent trolling the hit show when he said that Empire copied the marketing strategy of his Starz show Power. She said, “Our show had nothing to do with his show. We’re talking two different subject matters, you know what I mean?” She added, “And then again 50, do you know what the f*** I had to do to get here? Why tear down another black person? For competition? There are a million other shows you can compete with. And to do that publicly, it’s embarrassing.”

GAYLE KING SPEAKS ON OPRAH PULLING OUT OF RUSSELL SIMMONS DOC: Gayle King has opened up about why her best friend Oprah Winfrey decided to remove herself from the upcoming Russell Simmons #MeToo Documentary. During CBS This Morning, King made it clear that Oprah wasn't strong armed to leave the documentary. She explained, “Nothing can be further from the case. She thought that the documentary needed to breathe a little more. She thought that it was important that it be put in context for the times because you know these allegations are from many years ago and now we’re here in 2020. Put it in context of the times of what was going on there at that time.” She also revealed that Oprah wanted to feature more women in the documentary.

JAMIE FOXX AND TOMMY DAVIDSON HAD BEEF?: Comedian and actor Tommy Davidson has revealed in his upcoming memoir Living in Color that he had beef with In Living Color co-star Jamie Foxx. According to Page Six, Davidson wrote about a time that they were filming a sketch where Foxx was playing his famous character “Wanda” and he was giving Davidson a massage. Davidson claimed that Foxx veered off script and started pulling on his underwear, trying to rip them off, leaving him naked. Davidson said that Foxx was lucky he was laying down because his first reaction was to sit up and “bust him in his mouth, saying, ‘What the f–k, motherf–ka!"” Davidson said that Foxx did it to be funny. Meanwhile, Davidson also claimed that there was tension between the two while shooting “Booty Call.” During a friendly basketball game, Foxx rushed Tommy, almost causing an injury. He said, “If I had hit my head on the hardtop concrete, that would have been the end of me. I was ready to give Jamie some street-fighting lessons too, but the crew pulled us off each other and held me back.” Living in Color is set to be released on January 28th.

'RHOA' STAR YOVANNA MOMPLAISIR SAYS THERE IS NO AUDIO: Real Housewives of Atlanta star Yovanna Momplaisir spoke about Snake-Gate in a recent interview and revealed that there's no audio of Cynthia talking bad about NeNe Leakes. She told The Jasmine Brand that there is no audio but she does have receipts on what was said and she plans to reveal receipts at the reunion show. On her relationship with NeNe, she said, “We’re good. Nene is my girl, and I think it was all just a big misunderstanding. I’m setting the record straight that THERE IS NO AUDIO/RECORDING. I implied I had proof of a conversation when I said “RECEIPTS” and that was taken out of context. “RECEIPTS” Can come in many forms, but I can see now looking back how people would assume that it meant audio/recording.”