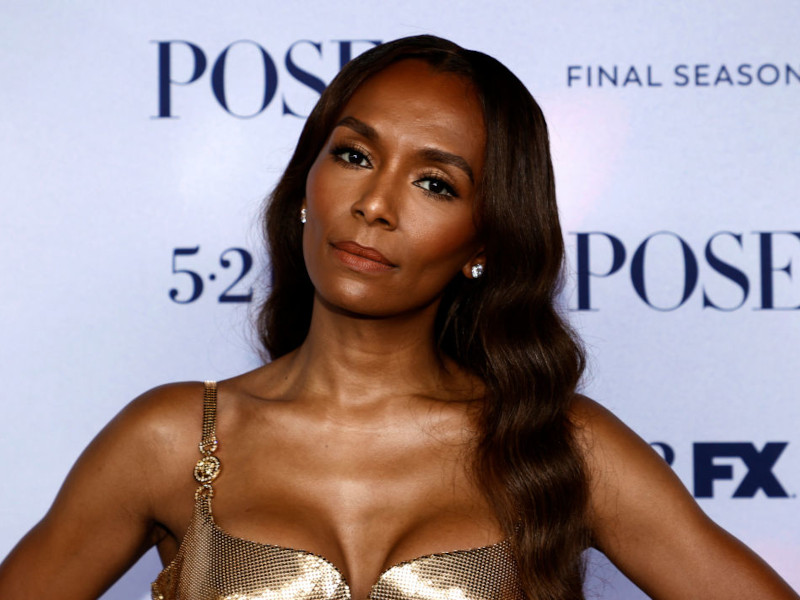 Pose executive producer Janet Mock gave a shocking 15 minute speech during the FX drama's season three premiere last week. According to Page Six, During the speech, Mock spoke out about unequal pay and she also revealed that she was unfaithful to her boyfriend with a member of the crew. She said, “Why am I making $40,000 an episode? Huh? I am angry!" She continued, “F*ck Hollywood … Does this make you uncomfortable? It should. It should make you f*cking shake in your motherf**king boots. This is speaking truth. This is what ‘Pose’ is.”

Mock also called out the quality of work from male writer's on the show's first season, reminding the series co-creator Ryan Murphy that he bought her and fellow female writers on to the show to help. Mock asked Murphy, “Who brought the girls in?" Murphy replied, “I did. I wanted the girls to be there.”

Mock later asked her boyfriend series star Angel Bismark Curiel who plays Lil Papi to stand up. She said, " . . . Let me tell you something about love. Today, I was gonna let [Angel] go. I was gonna let you go, right, but what did I do? I f*ked someone on the crew, right?” She continued, “Angel, Angel. I’m not losing you. You hear me? You are f*king important to me. I don’t want to live in a house alone. I want you. You motherf*cker. Right there. That’s who I want. I’m getting what’s mine.”

Mock also apologized to composer, and series writer and producer, Our Lady J, admitting she diminished the writer in efforts to “make myself bigger.” She said, “I f*ked up, y’all. I forgot who the f*k I was. They want me to come up here and pretend. I don’t need Hollywood, honey. You know why? Cuz I’m f*king free.”

According to the reports, the speech was surprisingly well-received by the cast members.

Meanwhile, Mock was scheduled to promote the show on “Good Morning America” on Friday (April 30th) but reportedly, the appearance was canceled.