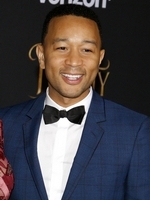 John Legend has weighed in on the recent college admission scandal that has implicated Lori Loughlin and Felicity Huffman. According to Complex, the actresses were two of 50 people who allegedly participated in a college bribery scheme to get their family members admitted to colleges such as Georgetown, Yale and USC.

According to Entertainment Tonight, Legend said, “I think it’s a longer conversation because I think a lot of people look at this rightly as fraudulent and dishonest. But the bottom line is, the system has been rigged for wealthy people for a long time.”

He continued, “The admissions system rewards people's parents being wealthy and people's parents having gone to a certain school. There's a lot of legal ways to do that that still aren't really that fair to a lot of other people.”