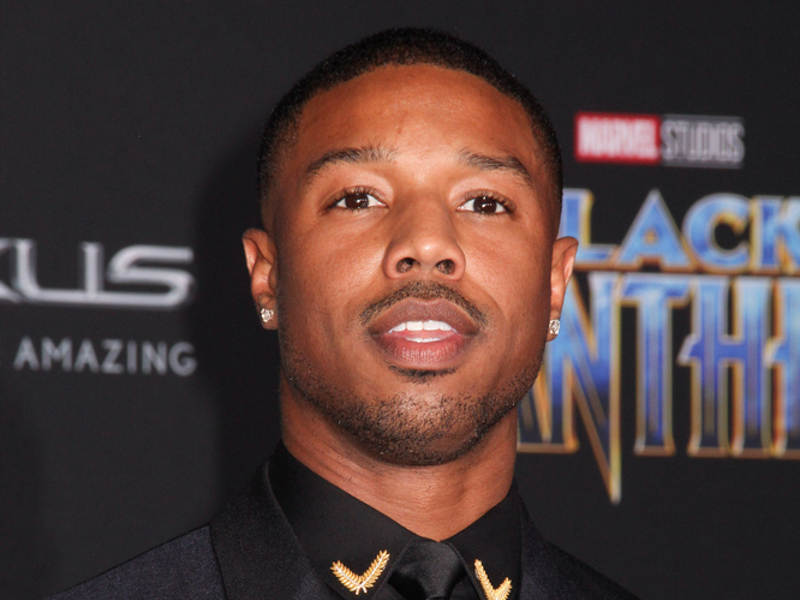 Rihanna was honored with the President’s Award, and gave a riveting speech making a call to action for equality. She said, “And if there’s any thing that I’ve learned is that we can only fix this world together. We can’t do it divided. I cannot emphasize that enough. We can’t let the de-sensitivity seep in. The, “If it’s your problem, then it’s not mine; It’s a woman’s problem; It’s a black people problem; It’s a poor people problem. I mean, how many of us in this room have colleagues and partners and friends from other races, sexes, religions? Show of hands.”

Rihanna added, “Well, they want to break bread with you, right? They like you? Well, then this is their problem, too. So when we’re marching and protesting and posting about the Michael Brown juniors and Atatiana Jeffersons of the World, tell your friends to pull up.”

Congressman John Lewis was also honored with the Chairman’s Award for his exemplary public service.

And of course, the late NBA legend Kobe Bryant received a touching tribute during the “In Memoriam” segment.

There were also soulful performances from Jill Scott, H.E.R. and Skip Marley.

Anthony Anderson, who hosted the event, provided a number of laughs, from poking fun at the 2020 Democratic presidential candidates, to Chaka Khan‘s performance at the NBA All-Star Game. He also noted a moment in history, celebrating that all of the major pageants were won by Black women this year, jokingly including Billy Porter of Pose.

In clip one, Anthony Anderson speaks on Black women owning all major pageant categories this year:

“As always, we take a look back at the year in black news. So much has been going on. History was made in beauty pageants when, for the first time ever, there were five black beauty queens. Miss universe, miss America, miss usa, miss world, and miss teen usa. Six black beauty queens if you count Billy Porter.”

In clip three, Marsai Martin accepts the award for outstanding supporting actress for her role in “Little”:

In clip four, Jill Scott performs “Do You Remember” from her debut album “Who Is Jill Scott?”:

In clip five, Jill Scott performs “The Way” from her first album “Who Is Jill Scott?”

“Uh, people always ask me, oh, that's my time? Oh, snap. I had a whole thing. I was about to . . . I'm stuck, bro. I thought I had like 12 minutes. It's always great to get it from black folks because we are so talented. To my nominees, so talented, and black people are tough too. There's always someone in the audience that is like, my cousin do the same thing, dog. You and all that, 'Just mercy,' my cousin did the same. Ray Charles, my cousin did that same thing, man. Jamie Foxx? Come on, dog. But you know what's crazy? It's true. They are that talented. I want to thank Warner bros. For this incredible film. I want to thank Toby, I want to thank Naja Kirkendoll, Destiny, my director and also this young brother who I cannot thank him enough, his name is Michael B Jordan. . . . Michael B Jordan, Don't stop telling your stories. You can do any movie you want to do because you are the biggest star in the world but you choose to do what's about us and about our culture. I love you, man. I thank you, man. You were incredible in this film, and Killmonger man, you were dolo dog? When you through 'Black panther,' I was like, why did you throw that dude off that mountain like that?” (1:45 OC . . . mountain like that)

“Thank you very much for this great honor. I more than honored to be receiving this award. When I was growing up in rural Alabama during the ' 40s and '50s, I tasted the bitter fruits of segregation and racial discrimination. I didn't like it. I saw the signs that said white men, colored women, white women, colored men. And I asked my mother, my father, my grandparents why. They said boy, don't get in the way, don't get in trouble. But the naacp inspired me to get and what I call good trouble, necessary trouble, to try to change America. The naacp has been like a bridge over troubled waters, we are going to have some more troubled waters. We need to naacp now more than ever before. Again, I say thank you.”

In clip eight, Tracee Ellis Ross accepts the award for Outstanding Actress in a Comedy Series:

“We too often have been expected to be all things to all people and to speak everyone else's position but our very own, says Audra Lorde about black women. Our experiences and stories are too often told through interpreters, and history, system and laws have told us we need a man's voice or power to name our existence and validate our experiences, that we need a son to carry on a legacy to etch our impact in time, but we get to define ourselves, not through how others imagine us but through how we see ourselves, even if our truth makes you uncomfortable, I'm honored to be in the company, of Jill, Tiffany, Yara and Logan, each whose voices transcend the real estate of their designated roles. I am honored to be in the era of Ava, Issa, Lena, Melina, Janelle, Viola, Rihanna, lizzo, Keri, Rashida, Americaand the list goes on and I am humbled to learn from the legacies of sicily, Tyson, ruby, Diane Carroll, Maxine waters, my mom, Rosa parks, Toni Morrison and I love being a part of this ever-growing chorus of bla ck women owning our own legacies.” (1:16 OC . . . our own legacies)

In clip nine, Angela Bassett accepts the award for Outstanding Actress in a Drama Series for 9-1-1

In clip 10, The NAACP Image Awards pays tribute to Kobe Bryant during their in Memoriam section:

“I'm lucky I was able to start the Clara Lionel foundation in 2012, and if there's any thing that I've learned, it's that we can only fix this world together. We can't do it divided. I cannot emphasize that enough. We can't let desensitivity seep. The, if it's your problem then it's not mine. It's a woman's problem, it's a black people problem, it's a poor people problem. I mean, how many of us in this room have colleagues and partners and friends from other races,'s sexes, religion, show of hands. You know, they want to break bread with you, right? They like you? Well then, this is their problem too. So when we are marching and protesting and posting about the Michael Brown Juniors and the Atatiana Jeffersons of the world, tell your friends to pull up. Thank you to the naacp for all of your efforts to ensure equality for our communities. Thank you for celebrating our strength and tenacity. We have been denied opportunities since the beginning of time, and still we prevail. So I am honored. Imagine what we c ould do together. Thank you for this honor.” (1:45 OC . . . for this honor)

In clip 13, H.E.R. performs “Turn Your Lights Down Low” with Skip Marley:

In clip 14, Michael B. Jordan accepts award for Outstanding Actor in a Motion Picture for Just Mercy:

“I Want to thank the naacp for this honor. I'm humbled to be in front of you guys right now. This project is a lot bigger than myself. It's not about me. It's about every person that is wrongfully convicted that is sitting in a jail cell right now who's been wrongfully accused, unfairly sentenced. I want to thank Brian Stevenson, thank you so much for the person you are, the work you've been doing. You've changed a me as a person, you've given me a new mission and a new motivation so I appreciate you. I want to appreciate all the other nominees in the category with me. You inspire me, you motivate me every day. I want to thank Warner bros., I would like to thank all my producers that were here since day one. . . .I want to thank everybody, I appreciate you guys, I love you and I will never stop fighting for us, I promise you. ”

“I just want to say these incredibly talented people who took the work I've been doing for 35 years, the clients I've worked with, I've never had the privilege of working with such talented people and about the humanity and the dignity of the people I represent to the screen and a powerful way. I want to thank Warner bros. For all they did, but mostly this film is for the thousands of innocent people in jails and prisons in this country. Applause We live in a nation with the highest rate of incarceration in the world. The bureau of justice has projected that one in three black male babies born in this country is expected to go to jail or prison. We have a system of criminal justice that treats you better if you're rich and guilty than if you are poor and innocent and we cannot stay silent about this reality. So this platform that we took in the platform is a many of you have is incredibly important. We've got to have truth and justice in this country. We cannot allow these problems to processed. There is a presumption of danger and guilt that gets assigned to black and brown people and you could be a screenwriter and a director or music star and celebrity but you still have to navigate these presumptions of danger and guilt. And I can tell you, as I get older it is exhausting, so we've got to have truth and justice. We've got a five for the things that are important. Thank you this amazing cast, thank you to the naacp for what you do. Let's keep fighting!” (1:32 OC . . . let's keep fighting)

In clip 16, Lizzo accepts award for Entertainer of the Year:

“I just want to thank the naacp for making this one of the most special nights. I got to meet all my heroes in this room. Miss Angela Bassett, thank you for this award. It says I'm the entertainer of the year but you are the entertainer, period. Period, hands down. Thank you so much. I just want to shout out all the big black girls I bring on stage with me. I do that because I want them to know that they are the trophies, and this is the final award of the night. I don't have a want to make it about me. Every last one of you, you are the award, we are so special, we are such a beautiful people, this is just a reminder of all the incredible things that we can do. God bless you and keep on being an award! Let's go! Let's go!”

2020 NAACP IMAGE AWARDS Angela Bassett accepts the award for Outstanding Actress in a Drama Series for 9-1-1 :

Industry News: Stars in the House, Extraction, All Rise and More!
‘Lean On Me’ Songwriter Bill Withers Dead At 81
Alicia Keys Performs Reworked, Stay At Home Version Of Flo Rida’s ‘My House’
Sarah Hyland Is Not Thrilled With the Modern Family Ending
Eva Marcille Claps Back At NeNe Leakes
Jermaine Dupri Regrets Not Introducing TLC To The World