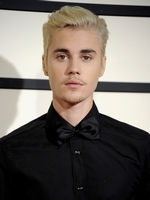 Justin Bieber is opening up to fans with an update on his life and career.

The 25-year-old singer responded to fans who are hoping for new music and told them that he currently needs to focus on his health and family.

“So I read a lot of messages saying you want an album .. I’ve toured my whole teenage life, and early 20s, I realized and as you guys probably saw I was unhappy last tour and I don’t deserve that and you don’t deserve that, you pay money to come and have a lively energetic fun light concert and I was unable emotionally to give you that near the end of the tour,” Justin wrote in the note on his Instagram account.

Justin then added that he is now “very focused on repairing some of the deep-rooted issues that I have as most of us have, so that I don’t fall apart, so that I can sustain my marriage and be the father I want to be.”

The post comes after another message earlier this month where Justin admitted that he’s “struggling” and asked for prayers. He last went on tour in support of his album Purpose, but after 18 months on the road, he cancelled the rest of the run in July 2017 due to “extreme exhaustion.”

Bieber also shared video on his Instagram Story of himself sleeping inside a hyperbaric oxygen chamber. Justin’s wife Hailey snapped one video of her zipping him into the chamber, captioning it, “sleeping in the HBOT.” In another clip, Justin is snug inside the tube. “Sleep tight lover,” Hailey wrote.

In other Justin news, he’s being blamed for an influx of tourists to a picturesque canyon in Iceland. He filmed his 2015 music video for “I’ll Show You” there and since then, according to the Environmental Agency of Iceland, foot traffic to area has increased significantly. The area will now be closed to the public until June to give paths and vegetation around the canyon a chance to improve.