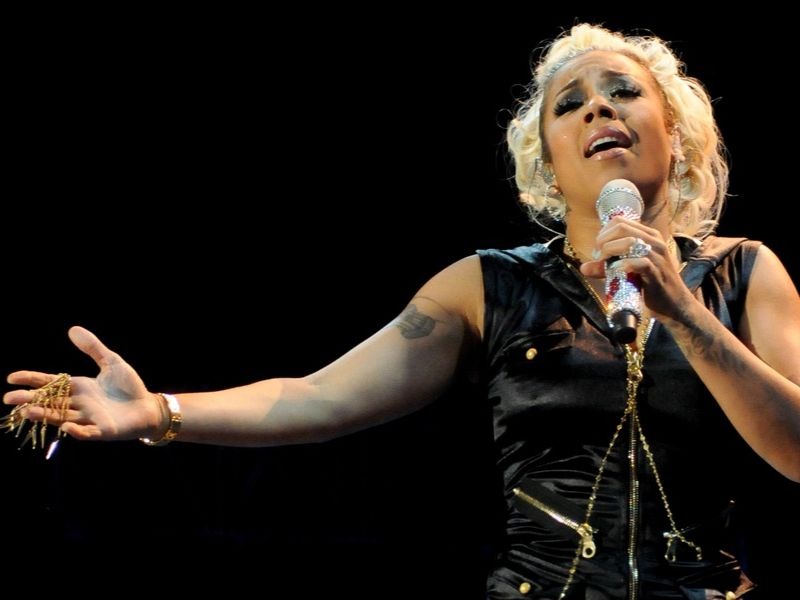 Keyshia Cole's mom Frankie Lons has died. She was 61. According to TMZ,  Keyshia's brother Sam revealed that the Frankie and Neffe star overdosed at her Oakland home on Sunday (July 18th) while celebrating her birthday.

Although Keyshia hasn't publicly addressed her mother's death, her sister Elite Noel wrote via Instagram, "Worse pain ever.  To see my mama in a body bag on her birthday! My heart so fu**in broke.”

Frankie's struggle with addiction was documented on Keyshia's BET reality shows, including “The Way It Is” and “Frankie & Neffe.”

Frankie gave up Keyshia for adoption at a young age. She was raised by family friends and reunited with Frankie later in life.

In August 2018, Frankie announced that she was on the path to sobriety with the help and encouragement of her family. At the time, she said,  “I need everybody to keep me in their prayers. I’m taking this a day at a time. As long as I have something to do and stay focused, then I won’t have to worry about no triggers."

Keyshia Cole Just Wants To ‘Be Alone’ After Her Mom’s Death
Box Office Delivers the Blahs With ‘Old’ Winning at $16.5M
Keyshia Cole Breaks Her Silence On Her Mother’s Death
Erika Jayne Lashes Out at Lawyer on Twitter
The Beyhive Goes Off After Black Is King Is Shut Out At The 2021 Emmys
Margot Robbie Had No Idea Harley Quinn Was Dead