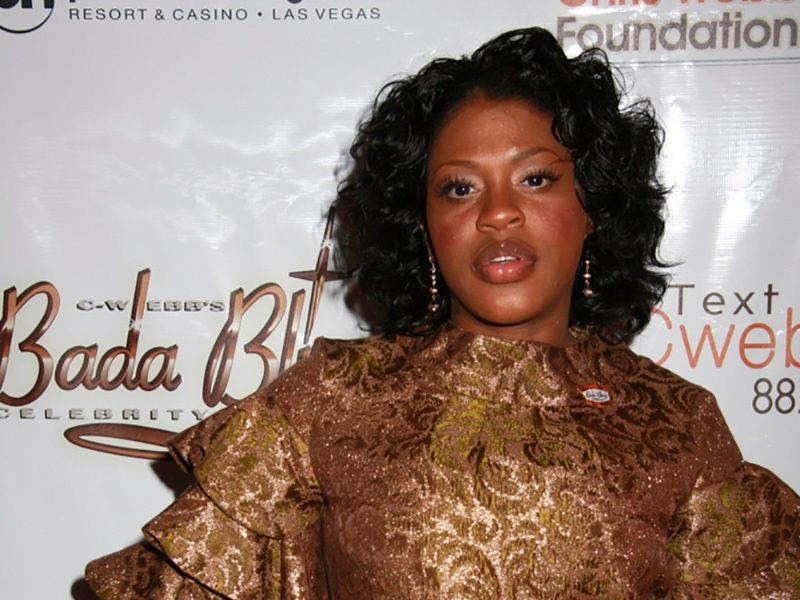 During a radio interview, Lil Mo opened up about being in an abusive marriage to boxer Karl Dargan. She also revealed how she kicked her opioid habit. On the abuse, she said, “That n*gga spit on me. ‘F*ck you stupid b*tch.” And it’s one thing to say that when you’re having sex but it’s another thing when you mean that sh*t and your kids is there. You feel me? When he spit me. That was August 26th. When I left for good good, it was in March 2019. My kids had just went to school so it was like 10 o clock in the morning. And he just started wylin. I was like, ‘I think you high. And I know you with a b*tch.’ You don’t even have to tell me. I don’t have to smell no perfume or see hair on you. I can feel your spirit my n*gga.'”

She continued, “It was the last, last straw. Once my kids went to school, and I know they could tell stuff was going on. You could feel the toxicity. I used to hate going home. And I knew the amount of opioids I was taking just to start my day, I was like ‘Nah, this not me.'”

On getting hooked on opiods, she said, “Even with me, I would wake up, I would take a Percocet 30, Adderall, all this stuff just to start my day. This is expensive and it don’t make you feel no better. I thought I was cool. I was a functioning addict because I could wake up and take a pill. But I got all my teeth. I don’t look like I take pills. I didn’t have the gray skin. I was still able to perform but my soul? I was a dead woman walking.”

When asked if Dargan ever punched her, Mo responded, “He wouldn’t never hit me in my face but yeah.”

On good times she had with Karl, she said, “The light side would be that he was funny at times. Far as being a dad to our son and the kids, like I won’t say that—I believe that he is the way he is because he was raised on survival, not love.”

On how she actually kicked her pill addiction, Mo said, “My manager, Woo, took me to my mother’s house. He said ‘I’ma take you away from society.’ And literally locked me in the basement and said you not coming out until you’re clean. It’s not even about getting clean because the temptation be still there. Cuz you’ll be like, ‘I’ll just do this so I can get through the day.’ I wasn’t one of those people who would be moping around. I’d bleach the whole house. I had sh*t to do. So I’d be like, ‘This will help me get through my day.'”

She continued, “But the withdraws. N*gga! I felt like my soul left my body and I felt like God had forsaken me. I went throw a whole withdrawal, depression. I told him, ‘I’m just ready to die at this point. Make sure my kids is good.’ But then, like a couple of weeks later—I couldn’t eat. It gets to the point your body is craving the opioid. I told him, ‘Maybe I need to go to the hospital.’ He was like, ‘Nah.’ They put me in a cold shower. I was like, ‘Oh my God. It felt like death.”

Ben Affleck Gets Real About Divorce, Alcoholism, His Kids
Angelina Jolie Writes About Her Experience With Syrian Refugees
Al Pacino’s Ex Says She Dumped Him for Being Old & Stingy
Sonic the Hedgehog Opens With a $64M Holiday Weekend
Emerson, Lake and Palmer Sci Fi Film In the Works
A New Victim Comes Forward In R. Kelly Case