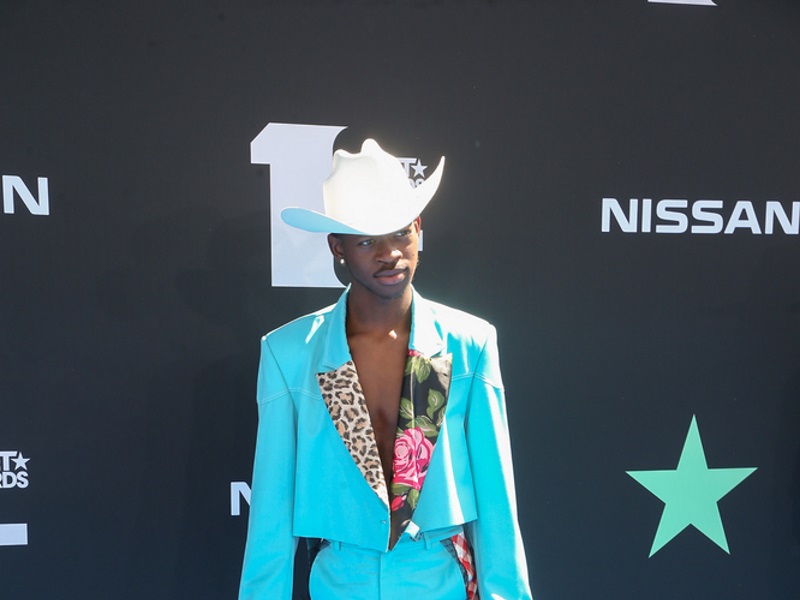 Lil Nas X won the most coveted, Video of The Year award for “Montero (Call Me By Your Name”) at Sunday night’s (9-12) MTV Video Music Awards. Holding the trophy, he said, “I will not take this for granted.” The song also won for Best Direction and Best Visual Effects.

It was a star-studded night as the show started off with Madonna appearing in the opening before the music even began.

The music kicked off with Justin Bieber launching into “Stay” with Kid Laroi, followed by his single “Ghost.” Bieber also won for Best Pop as well as Artist of the Year.

Other big winners included Olivia Rodrigo winning New Artist and Song of the Year, as well as Push Performance for “Drivers License.”

Best Collaboration went to Doja Cat and SZA for “Kiss Me More.”

Doja Cat also hosted the show with an array of “sure to be talked about” costumes, including one where she wore a chair on her head and later took it off and sat on it.

Foo Fighters performed a medley and were presented with the first ever U.S. Global Icon Award.

The mask wearing audience at the Barclays Center in Brooklyn was loud and enthusiastic throughout the night. And the ceremony also served as a 40th anniversary of the network.

2021 MTV VIDEO MUSIC AWARDS Lil Nas X accepts for Video of The Year for Call Me By Your Name :

Bam Margera’s Wife Files For Sole Custody Of Their Son
New Book Says Patrick Dempsey Left ‘Grey’s’ Because He Was ‘Terrorizing The Set’
Shannen Doherty Says Cancer Is ‘Part Of Life’
Industry News: The Bodyguard, West Side Story, The Morning Show + More!
Sharon Osbourne Feels Betrayed by ‘The Talk’ Co-Hosts
‘The Matrix’ Director Reveals How Reboot Was Healing Process for Her & Keanu Reeves