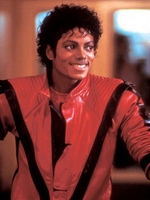 Page Six has reported that Michael Jackson’s three children, Paris, Prince and Prince Michael Jackson II, are reportedly considering suing Wade Robson and James Safechuck — the two alleged victims responsible for the HBO documentary Leaving Neverland. Sources close to the family said that if the children move forward with the lawsuit, they will likely take Robson and Safechuck to court for fraud, emotional distress, slander and misrepresentation.

The source also said that although money is not an incentive, whatever monetary gain is earned from the lawsuit will be donated to charitable organizations. Jackson’s children’s primary motive is reportedly that the accusers take responsibility and apologize.

The source explained, “It’s very important to them they carry forward their father’s legacy of philanthropy and humility.”